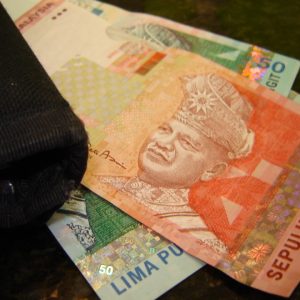 Maybank has recently announced Raya ATMs which have been prepared at selected branches to specifically dispense RM10 and RM50 banknotes for the benefit of those who are planning to give out Duit Raya. We have since learned that AmBank and Affin Bank are also providing special ATMs to disperse small denominations.

According to a list from AmBank, it has prepared 40 ATMs [pdf] nationwide that only dispense RM10 notes and are currently in service until 6 May although they are capped at RM300 per transaction. On the other hand, there are a total of 51 Affin Bank and Affin Islamic branches [pdf] that have Raya ATMs which have been dispensing RM10 and RM50 notes since 20 April and will continue to do so until stocks run out.

We reckoned that these Raya ATMs provide a great convenience for many who are already gearing up to celebrate Hari Raya. Of course, if you’re in need of these denominations and can’t find one from your bank near you, you could always use an ATM from another bank. Keep in mind though, that the RM1 interbank ATM withdrawal fee has already made a comeback this year.

As we’ve said in our previous article, you could also choose to give Duit Raya electronically to younger relatives by transferring it to them, saving you the trouble of sorting out the cash and stuffing them in individual envelopes. After all, all major local banks have electronic banking capabilities and there are also plenty of e-wallets services out there in our market with some of them already able to communicate with local banks through the unified DuitNow ecosystem.

The post AmBank and Affin Bank Also Prep Up ATMs With Small Notes For Raya appeared first on Lowyat.NET.