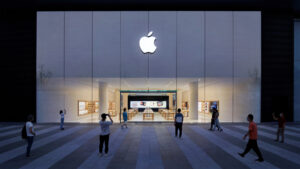 Apple was recently given a stay of enforcement by a US Court of Appeals, at the figurative 11th hour of its ongoing legal battle against Epic Games, over the allowance of alternative app payment methods on iOS. With the stay-of-hand in effect, the fruit company will be able to maintain the monopoly it has long held on its own exclusive in-app purchases system.

However, the stay of execution, which was issued by the appeals court earlier this week, is not a reversal of an earlier ruling, where the US Court ruled in favour of its plaintiff, Epic Games, that Apple’s in-app payment exclusivity is nothing short of illegal. What it does mean, though, is that Epic’s attempt to get its own payment method for Fortnite reinstated on iOS will simply have to wait a few months. Until the appeal has been fully heard in a court of law.

The decision says that Epic had failed to prove that Apple’s conduct had violated any antitrust laws, but was still in violation of Unfair Competition Laws in the state of California.

Some of you may remember that the kerfuffle between Apple and Epic Games began last year, when Tim Sweeney made the decision to offer Apple users who played Fortnite on their iPhones a direct payment option in the game, known simply as “Epic direct payment”. One major reason behind Epic’s action can be attributed to not wanting to pay the usual 30% cut demanded by both Apple and Google.

As you can imagine, Epic’s actions did sit well with Apple and within hours of the former’s action, the latter removed Fortnite instantly from the App Store and released a statement that Epic had violated its guidelines.