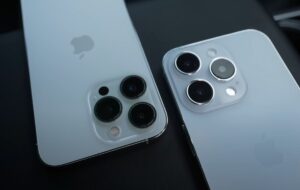 Apple is reportedly turning its attention to Samsung, in an effort to keep a steady flow of memory chips into its factory. The fruit company’s decision comes, unsurprisingly, after bans and restrictions on Chinese chips by the US government were imposed back in October.

According to reports from DigiTimes and Macrumors, Apple had originally intended to purchase 128-layer 3D NAND flash chips from Yangtze Memory Technologies (YMTC), a Chinese manufacturer, for use in assembling iPhones that would have been sold in the country early in the year. Internally, the company from Cupertino could have ended up getting 40% of the chips it needed for all its iPhones.

Sadly, Apple’s plan was put on ice, after the Biden administration put YMTC, along with 30 other Chinese companies, on its list of “unverified” companies, or entities that do not hold a license to deal with US companies. It also doesn’t help that YMTC is currently under investigation by the US Commerce Department, over whether it is in violation of export controls for selling chips to Huawei. Another company that has long been on Washington’s radar since the previous administration.

For those among you who have been living under a rock, here’s a quick primer: the current US administration imposed a fresh set of restrictions on China last month. Its aim: to cut off Beijing’s access to certain semiconductor chips and by doing so, hopefully, slow down the development of its nuclear program and advancement of military technologies.

Getting back to the main point, the switch in supplier is clearly a boon for Samsung, who is now expected to become the alternative provider of memory chips to Apple. Also unlike its Chinese counterparts, Samsung is obviously not bogged down by sanctions and on top of that, it hasn’t imposed production cuts, despite the decreasing demand in the NAND flash market demand. Well, that and probably the fact that the Korean electronics giant could probably afford giving discounts and increasing outputs right now.

The post Apple Turns To Samsung For Memory Chips After US Ban On Chinese Suppliers appeared first on Lowyat.NET.