ASUS held its Pinnacle of Performance livestream recently, where it announced several new models under its Zenbook lineup for this year. Naturally, the list includes Zenbooks under its Pro, S, as well as its Duo models.

One of the most important physical updates to the Zenbook lineup, regardless of the series, is the implementation of the OLED display across the board. This is part of ASUS’ effort to standardise the panel across all its products, much like it has with its ROG gaming laptop line. 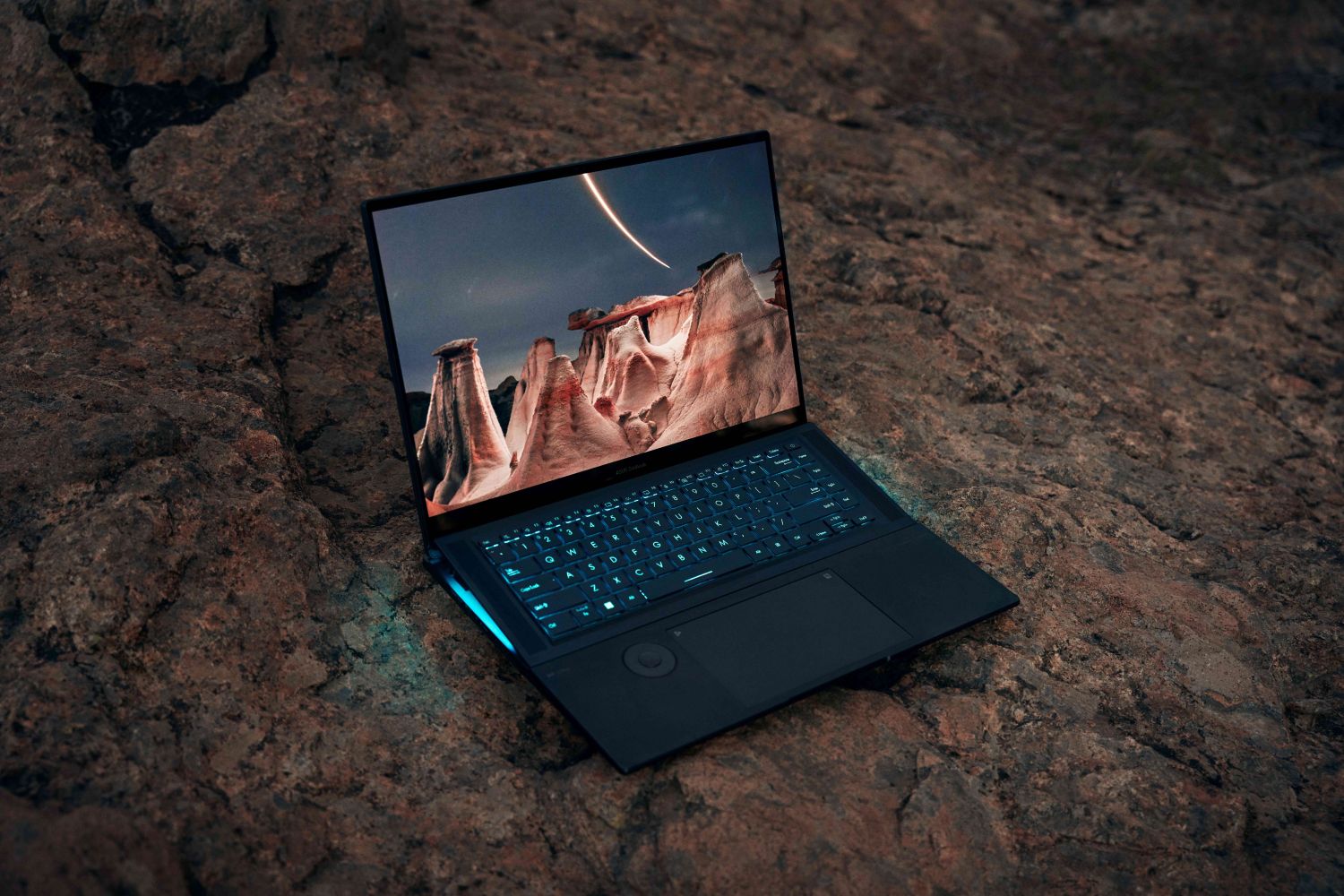 Moving down the list, we’ll start with the Zenbook Pro series, and first on the list is, of course, a new laptop model joining the Zenbook rank: the Zenbook Pro 16X OLED. As the lineup’s first 16-inch laptop, the most prominent feature of this laptop is its 16:10, 16-inch, 4K OLED HDR 60Hz display, that has a maximum brightness level of 550 nits and is Pantone Validated with a 100% DCI-P3 gamut.

There’s also the ASUS Dial rotary controller located at the base of the laptop, allowing professionals to cycle through their respective apps that are tied to it, with near-absolute precision and control.

Beneath the hood, the Zenbook Pro 16X is an NVIDIA Studio validated laptop, which means that it’s packed with the latest and high-end hardware currently available. That includes Intel’s 12th generation Core i9-12900H CPU, a GeForce RTX 3060, up to 32GB DDR5-5200 RAM, and as much as 2TB of NVMe Gen4 storage. Moving down the list, the ZenBook Pro 14 Duo OLED is, like its predecessors, a dual-display laptop, that combines a 14.5-inch 2.8K 120Hz OLED display with a separate 12.7-inch 2.8K 120Hz ScreenPad Plus that tilts into an angle whenever the laptop is open. Oh, and both panels are touchscreens, and that further extends its usefulness as a content creator and professional’s laptop. Also, the main panel also has an aspect ratio of 16:10. Next on the list is the ZenBook Pro 15 Flip. As its name suggests, the laptop in a 2-in-1 convertible that is able to transform between being the standard mode or a tablet.

Inside the laptop, there is a Core i7-12700H but more importantly, this is the first ASUS laptop to be powered Intel’s ARC A370M discrete GPU. Other specifications include 16GB LPDDR5-4800 RAM, up to 1TB PCIe Gen3 SSD, and a full accompaniment of ports, as well Thunderbolt 4 connectivity. Last but not least in the Zenbook Pro line is the Pro 17. This laptop is special, in that it is the first 17-inch Zenbook in ASUS’ portfolio but more importantly, it is the only Zenbook Pro laptop that is powered by AMD’s latest Ryzen 6000 Series mobile CPUs. Specifically, the Ryzen 9 6900HX.

Other specifications include the NVIDIA GeForce RTX 3050, up to 32GB LPDDR5-6400 RAM, and up to 2TB of storage via a PCIe Gen4 SSD. On another note, Zenbook Pro 17 also houses a full-sized ErgoSense keyboard, along with a large trackpad. Powering the laptop is a 76WHr battery. Finally, there is the Zenbook S-Series. The new series is represented by two products, the S13 OLED and S13 Flip OLED. While both laptops feature a 13.3-inch 2.8K display, they don’t house the same components.

Of course, the other physical aspect that sets the two apart is that the S13 Flip OLED is a 2-in-1 convertible, while the S13 OLED is simply just the standard laptop design.

At the time of writing, there is still no local pricing or availability for the laptops.