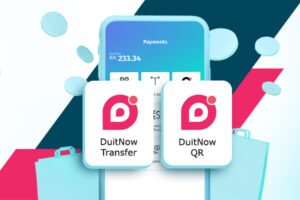 BigPay has finally added support for DuitNow, Malaysia’s universal QR code that enables interoperability between participating banks and e-wallets. The fintech company initially announced its plans to adopt DuitNow over a year ago and now joins other major e-wallets such as Touch n Go, GrabPay, ShopeePay, and Boost, which already support the feature.

If you’re not familiar, you can use any e-wallet with DuitNow support to pay for transactions simply by scanning a merchant’s DuitNow QR code, regardless of what bank or e-wallet they are using. Access to the service can be found on the app’s homepage, and every transaction will earn users points as long as they link their AirAsia account.

DuitNow Transfer allows BigPay users to seamlessly transfer funds not only to other users on the platform, but also to any of the participating banks and e-wallets. You only need to input the intended recipient’s DuitNow ID, which can be their phone number, NRIC number, business registration number, police/army ID, or passport number.

On a related note, BigPay was recently chosen as one of the official e-wallets for the ePemula programme. Meanwhile, while it’s currently limited, DuitNow is also working on enabling cross-border QR payments with Singapore, Thailand, and Indonesia, which is only supported by Public Bank and Razer Merchant Services for now.