A MALAYSIAN man was praised by netizens for being a great boss after he rewarded an Indonesian employee with a new Proton Saga, China Press reported.

This came to light when a car salesperson posted a video on TikTok of the presentation ceremony, which showed the keys to the car, adorned with a large ribbon, being given to the happy worker.

She shared that someone contacted her a few days ago, asking if there were any Proton Saga in stock as he wanted to gift it to his hardworking Indonesian employee.

The recipient was later seen hugging the car with a big grin on his face.

According to the car salesperson, the employer had paid for the car in full.

Many Internet users expressed their envy, saying that such kind employers were hard to find.

“Why haven’t I yet met a boss like that?” someone wrote. 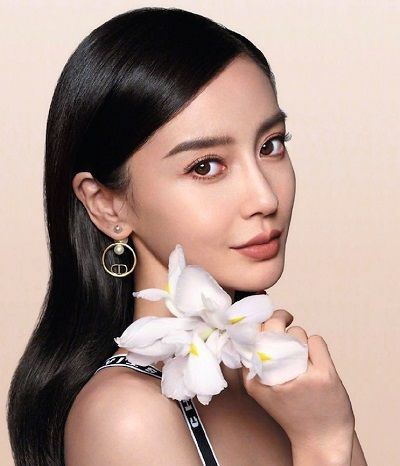 Under fire: Angelababy criticised for being unpatriotic after attending a concert by Korean girl-group Blackpink.

> Chinese model-actress Angelababy was criticised for being unpatriotic after attending a concert by Korean girl-group Blackpink, China Press reported.

An online backlash against her emerged after she shared a video of herself attending the concert with friends in Hong Kong on Jan 13.

Seen wearing a pink mask and holding a Blackpink official lightstick, Angelababy, 33, was slammed for supporting a South Korean band.

It is believed that the criticism came about following South Korea’s move to limit flights from China after the Middle Kingdom eased its Covid-19 restrictions.

South Korea also announced that they required tests for arrivals from China. Those who were found positive would be quarantined.

In response, the Chinese embassy in Seoul said last week that it had suspended the issuance of short-term visas for travellers to China.

> Fans of Hong Kong singer Gillian Chung, who were shocked with her very slim frame, have asked her to stop dieting, Sin Chew Daily reported.

Chung, 41, was seen in a video recently in which she exchanged gifts with Charlene Choi, her partner in the girl-group Twins.

Internet users were alarmed that Chung’s ribcage was visible from the neckline of her sleeveless blouse.

It was earlier reported that she lost 13kg after taking part in the reality show Sisters Who Make Waves.

She attributed her weight loss to exercise and dieting.