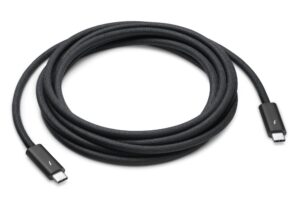 The European Union has ruled that by the end of 2024, small electronics, from laptops and cameras to phones and portable speakers, must use a universal charging port. This gives companies plenty of time to adhere to the ruling and adopting USB-C by then. Though it looks like Brazil will also be doing something similar, or at least the country’s telecom regulator is pushing for it.

The Verge reports that the regulator in question, Anatel, has launched a public consultation on a proposal to make USB-C chargers mandatory for all phones sold in Brazil. In a blog post, the regulator says that it is aware of such changes in the international market, and want the same to apply to Brazil.

Anatel says that the advantages of using USB-C as the mandatory standard primarily will be reducing e-waste. It’s a similar position as the EU, which estimates that a universal standard will save EUR250 million and 11000 tonnes of e-waste. Consumer convenience is another plus point, which goes without saying. And it’s no surprise that Brazil would push for this, considering it previously fined Apple for not including chargers with its recent iPhone models.

But as a counterpoint, the regulator also points out that a mandatory standard will increase costs to enforce the regulation. And more importantly, it would also discourage companies from developing new and better standards.

To be fair, most phones of the Android variety are already moving towards the adoption of USB-C. Even mid-range and entry level devices are adopting the standard in lieu of the old Micro-USB.

The only holdout right now is Apple, and even then, mostly for its iPhones. After all, save the basic model, all the other iPad variants have already adopted the iPad Pro design, and USB-C by extension. And even for phones, analyst Ming-Chi Kuo predicts that come 2023, the fruit company will drop its proprietary Lightning connector in favour of the universal standard.

(Source: Anatel via The Verge)