PETALING JAYA: The Union Jack was lowered to half-mast at the British High Commission in Kuala Lumpur following the passing of Queen Elizabeth II.

The flag will remain at half-mast until the state funeral, which will be in about 10 days. 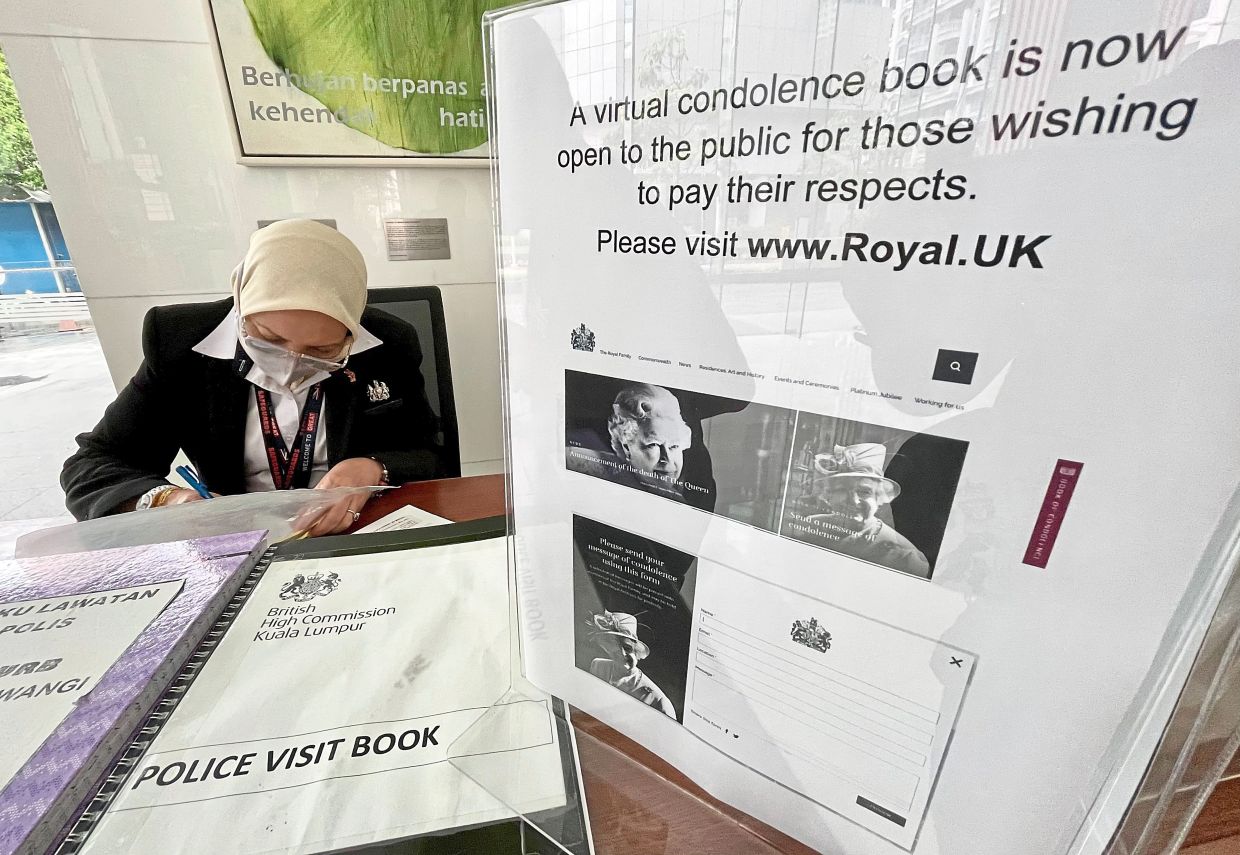 British High Commissioner to Malaysia Charles Hay said the death of the Queen was “profoundly saddening” and that her contributions to the world would always be remembered.

“The Queen will be remembered for her extraordinary devotion to duty and her life of service to Britain, the Realms and the Commonwealth,” he said in a statement yesterday.

Hay said the High Commission had been deluged with tributes from Malaysians.

“My colleagues and I have been receiving many condolence messages and tributes from our friends in Malaysia.

“We are very grateful for the outpouring of affection and respect for her here,” he said.

Hay said a digital condolence book was accessible online for those who wished to pay tribute to the late Queen.

The digital book can be accessed online at www.royal.uk.

Hay said those who wished to pen their tribute messages in person could do so from Sept 12 to 15 at the British High Commission in Menara Binjai, Kuala Lumpur, from 8am to 4.30pm.