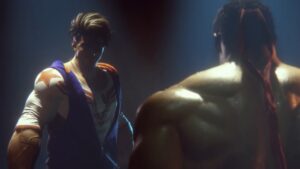 Last week, Capcom put up a countdown timer on its site, teasing a major reveal. That reveal turns out to be Street Fighter 6, to the surprise of very few people. Incidentally the reveal was shown at the end of the Capcom Pro Tour, the international Street Fighter tourney.

The teaser itself doesn’t show any gameplay, but it gives you a hint of what sort of art direction Capcom wants to go for with Street Fighter 6. It mainly involves series protagonist Ryu being confronted by Luke, the last DLC character of Street Fighter V, which was also supposed to be the new series lead. The company said more info is to come in summer, or between late June and late September.

Which is nice and all, but does anyone else remember Capcom claiming when Street Fighter V was new that it was supposed to be the last entry in the series? With this Street Fighter 6 announcement, that’s clearly no longer the case, though maybe not many would be holding a company to its own words from six years ago.

Incidentally, Capcom also announced its Fighting Collection, which contains 10 classic fighting games. And they’ve been updated to use online rollback netcode. Which is a long way of saying online play with be a less painful affair. This collection is set to release on 24 June 2022.