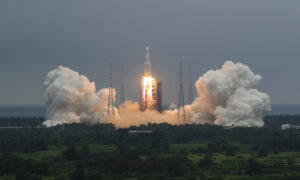 SpaceTai, a Chinese startup company established in March of last year, is developing rockets and engines using 3D printing technology for the commercial space industry, Nikkei reports. The company claims that its own 3D metal printers are capable of manufacturing 90% of parts used in rockets, which can reduce production costs by 80%.

The commercial space industry’s reliance on 3D printing isn’t entirely new, as companies such as SpaceX, Rocket Lab, Relative Space, Skyrora, and Orbex are also developing the technology to produce rockets. SpaceTai claims that it can manufacture its current generation rocket engine, known as the Xiaoyi, in 30 days.

Its rocket fuselages, on the other hand, are produced via a separate specialised first-party 3D printer that is currently in development. The company says the printer is able to complete a fuselage unit in just three months.

Its first and second Xiaoyi rocket engine, which uses liquid oxygen and kerosene fuel as propellant, are said to be superior to the commonly used gas generator cycle technology and are expected to deliver 20 tons and 30 tons of thrust respectively at sea level. Meanwhile, the startup adds that a third generation engine, known as Juyi, is currently in development and is expected to have thrusts of 200 tons at sea level.

SpaceTai hopes to complete a suborbital test flight in 2023 and launch a self-made rocket in 2024. The startup estimates that it needs investments of about CNY 600 million (~RM 400 million) to further its research and development, as well as for constructing a new plant for its rocket manufacturing and 3D printing businesses.

(Source: Nikkei / SpaceTai | Note: Images used in this article is for illustration purposes)