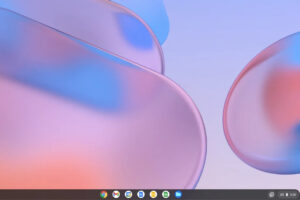 Google has announced early access to a new version of its Chrome operating system called Chrome OS Flex; born from its acquisition of Chrome OS-based CloudReady. The system is designed specifically to rejuvenate old PCs and even Macs – transforming them into Chromebook-like devices, with the company targeting businesses and schools.

Chrome OS Flex is free to download, and is built on the same code base and release cadence as the regular version. It also offers cloud profile syncing, the Chrome web browser, Google Assistant, Phone Hub, and an upcoming Pixel phone screen streaming feature.

However, there are some differences from Chrome OS, the company notes. This includes the lack of support for Android apps, Google Play Store, the Parallels Desktop feature, and verified boot. Also keep in mind that only devices certified by Google are compatible with Flex, with the minimum requirements include 4GB of RAM, 16GB of storage, an Intel or AMD processor, and full administrator access to the BIOS.

Google says it takes minutes to install, and you can first test it out by booting it from a USB drive before deciding on completely replacing the PC or Mac’s operating system. If you’re already using CloudReady, the company will automatically upgrade you to Chrome OS Flex when the stable version is released in the coming months.