KUALA LUMPUR: MCA is seeking clarification on the Perak Mentri Besar’s statement that eviction notices given to the management of several cave temples in the state are still valid.

At a press conference at Wisma MCA yesterday, MCA spokesperson Mike Chong Yew Chuan said the party is confident that a solution to the issue will be forthcoming after Perak MCA chairman Datuk Dr Mah Hang Soon met with the Perak Land and Mines Department recently.

On Wednesday, Mentri Besar Datuk Seri Saarani Mohamad announced that the eviction notices were still valid, despite a verbal agreement being reached between Dr Mah and the Perak Land and Mines Department.

“After DAP representatives met with the Mentri Besar, he then announced on January 12 that the eviction notices were still valid but the government was in the process of engaging with the temple management to discuss safety aspects of the limestone caves.

“During the meeting between Dr Mah and the Perak Land and Mines Department director, the director gave a verbal agreement that the notices would be revoked. 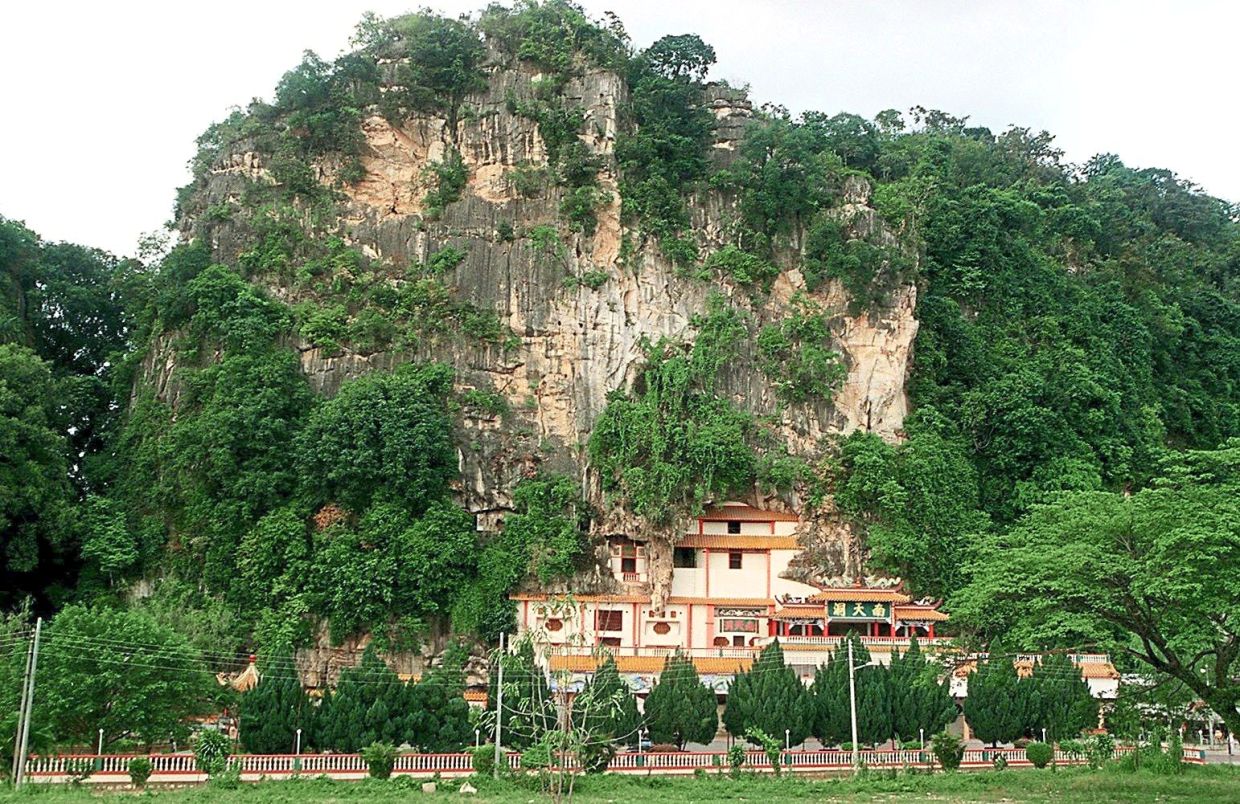 Iconic site: A view of the entrance to Nam Thean Tong cave temple at the foot of its limestone outcrop south of Ipoh, Perak. The outcrop also houses two other cave temples.

“DAP must explain, not to us but to the Chinese community, what exactly transpired in the meeting they had with the Mentri Besar,” he said, adding that the situation has now escalated above the Perak Land and Mines Department, with MCA now reaching out to the state government to find a solution to the issue.

“We could have solved this problem in a harmonious way, but how come things changed drastically after DAP leaders met with the MB? We urge them not to complicate the matter further and to prioritise serving the people.

“If they (DAP) want to help solve the issue, they are more than welcome to come onboard to solve it together with us,” said Chong, who added that DAP should not use the issue to gain political mileage as it is a complicated matter.

On Monday (Jan 10), Dr Mah said a decision to revoke the eviction notices on 19 cave temples in the Kinta district was made by the Perak Land and Mines Department after a meeting was held between him, the department, and representatives from the cave temples.

On Jan 7, the cave temples – including the 155-year-old Nam Thean Tong Cave Temple – were served with notices to vacate the premises within 30 days.

In a press conference on Jan 12, however, Saarani said otherwise, and added that the eviction notices were issued after the Fire and Rescue Department determined that several structures in the caves were unsafe.

“We didn’t revoke them, but instead, we are discussing the issue with the temple management.

“A thorough review by the Fire and Rescue Department together with the state Mineral and Geoscience Department will be conducted to assess the condition of the caves,” said Saarani then.