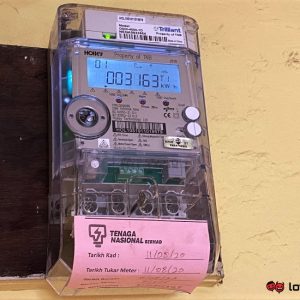 The government has officially announced the electricity and water tariff for Peninsular Malaysia will remain as it is. This is an about-turn of an earlier report that has revealed TNB’s plan to implement a surcharge on electricity bills for some users due to the rising coal prices, the source of about half of the country’s power.

It was expected that about 30% of the domestic customer base for TNB, those who utilise more than 300 kWh per month, would be hit with a price hike of between 6.5% to 7.1%, while the rest would continue to be subsidised by the government. The surcharge would have impacted over two million of the 7.9 million domestic households that use TNB’s services.

The announcement also said that the two sen per kWh rebate for domestic users will remain and no surcharge will be implemented, while the 3.7 sen per kWh surcharge for non-domestic users which covers commercial and industrial customers will also stay in place. Prime Minister Ismail Sabri Yaakob said that the continuance of the subsidy during rising fuel prices will cost the government RM5.8 billion.

While the announcement sounds like good news for domestic users, the Prime Minister did not state how long exactly the current tariff rates will last. The initially-planned surcharge was supposed to be implemented in July after the Energy Commission reviews the Imbalance Cost Pass-Through (ICPT) formula to determine whether or not a price hike is needed.

The ICPT is reviewed every six months, so it is unknown if the government has the intention to maintain the electricity subsidy next year if fuel prices keep rising in the coming months. On another note, the government has also backtracked on its decision to remove the ceiling price for chicken during skyrocketing costs of living, with a new price to be revealed soon.

Of course, the fuel price surges have also impacted other industries in Malaysia. Local airlines such as Malaysia Airlines, AirAsia, Firefly, and Batik Air have all imposed a fuel surcharge to minimise the impact of the higher costs. As for petrol, the government is also mulling over whether or not to scrap the blanket subsidy in favour of a targetted subsidy.

The post Electricity Tariff For Peninsular Malaysia To Remain As It Is For Now appeared first on Lowyat.NET.