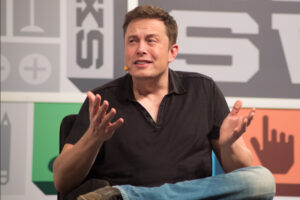 Elon Musk is now being sued by former Twitter shareholders who aren’t happy about not being informed earlier of Musk’s recent purchase of the company’s shares. The class action suit claims that the shareholders missed out on the price surge because the billionaire waited too long to disclose the stake to the US Securities and Exchange Commission (SEC).

On 4 April, an SEC filing revealed that the Tesla CEO had acquired a 9.2% stake in Twitter, making him the platform’s biggest shareholder. When the news broke, the company’s stock value surged 27% at one point, its biggest intraday jump in years.

Former shareholders led by Marc Rasella said the delayed disclosure let Musk buy more Twitter shares at lower prices, while defrauding them into selling at “artificially deflated” prices. Musk actually purchased the shares on 14 March and US securities law requires investors to disclose within 10 days when they have purchased more than 5% of a company — in this case, the deadline was on 24 March.

Rasella said he sold 35 Twitter shares for an average price of US$39.23 (~RM165.96) between March 25 and 29, while the price peaked at US$50.98 (~RM215.67) on the day after Elon Musk disclosed his stake. The billionaire recently turned down an offer to join Twitter’s board and has also deleted his tweets regarding his suggestions on what changes the platform should implement.