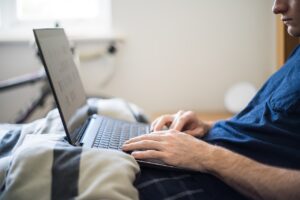 Employees can soon apply for Flexible Working Arrangements (FWA) with their respective employers under a new amendment to the Employment Act 1955. The amendment was passed by both houses of Parliament back in March, received royal accent in April, and will go into force on 1 September to give workers an official avenue to apply for FWA.

Applications for the arrangement must be made in writing to the employer and you can cover things such as changes in working hours, working days, and even place of work. This opens the door to bringing back working from home as employees have been returning to the office following Malaysia’s reopening of the economy.

When the application is submitted, the employer has to either agree or reject it within 60 days in writing and if the application is rejected, they must state the reasons why. Come September, the amendment will also reduce the maximum number of working hours per week from 48 hours to 45 hours.

The bill will also significantly increase the length of maternity leave from 60 days to 98 days and will introduce seven days of paternity leave for married male employees. As for penalties for violations of the act by employers, fines currently capped at RM10000 will be increased to RM50000 while fines capped at RM50000 for certain violations will be raised to RM100000.

Awang Hashim, Deputy Minister of Human Resources, also said that a study has been conducted on four-day work weeks, which apparently showed no reduction in employee productivity. In the UK, over 3,300 workers are currently undergoing a four-day work week trial for six months, the biggest pilot scheme of its kind in the world.

Employees returning to offices in droves have caused traffic jams to worsen dramatically, with some days being far worse than those during pre-pandemic times. With the increased road congestion and a new COVID-19 infection wave expected soon in the country, perhaps flexible working arrangements will be a respite from some of these issues.