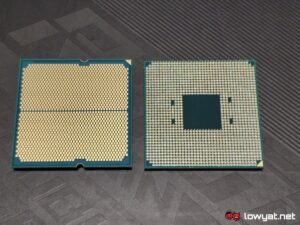 Earlier in July this year, the US and its House of Representatives signed in a bill, known as the CHIPs Act, which allocated US$53 billion (~RM233.52 billion) to US-based companies, in an effort to reduce their reliance on components manufactured in China. Now it appears that the European Union (EU) is planning on following in its ally’s footsteps.

At current, both the European Council and European Parliament, two legislative bodies of the EU, are currently in negotiation to decide on a final proposal that would see a sum of €43 billion (~RM198 billion) flow into its semiconductor manufacturing industry. The goal obviously being to bolster its competitiveness in the market, as well as to reduce its dependence on China as well.

The EU is currently facing difficulties in securing a steady stream of semiconductor supply, a sign that its strained relationship with China, coupled with fresh sanctions by the US on the Asian superpower, is starting to take its toll on the economic union’s market. So, if its version of the CHIPs Act goes through, it would undoubtedly provide some measure of relief to all member countries.

In conjunction with the new bill, the EU Council is also proposing the creation of another tool, the European Chips Infrastructure Consortium (ECIC). This body would act as a legal entity that could implement actions and other tasks that receive funds from the EU CHIPs Act, should it be approved.

The global semiconductor industry is expected to be worth upwards of US$1 trillion (~RM4.41 trillion) by 2030 with chip demand expected to double from now till then. The increase in chip demand is also expected to be brought on by an increased production of smartphone and PC components, datacentres, automotive electronics, and all other kinds of consumer electronics. As it stands, the EU currently holds a 10% stake in the industry and with its own CHIPs act, it hopes to double by 2030.

The post EU Could Soon Have Its Own €43 Billion Chips Act appeared first on Lowyat.NET.