FISH Leong (pic) is devoting much effort to learning to be a mentor on Sing! China in her debut on the popular singing competition, reported China Press.

The Negri Sembilan-born, Taiwan-based singer told reporters that she feels stressed by the task and is currently reviewing every episode from past seasons.

She quipped, “How each mentor speaks and even how their nostrils are shaped … I have seen them all.”

The Mandopop queen of love ballads is also attempting to memorise the names of past contestants.

“I wrote all their names down and pasted them row by row (to learn every one of them),” she revealed.

In reviewing previous seasons, Leong said she could not hold back tears when she heard some of the past contestants performing their own songs.

“I was greatly moved by their determination to sing.

“Each step is a big step, and I am willing to accompany my mentees in opening a new window and walking into a whole new world,” she said.

Leong will be joining other veterans in the industry – Li Ronghao, Hacken Lee, and Liao Changyong – as mentors in the upcoming season seven of Sing! China, which first aired in 2016.

The winner of each season is determined by live audience voting via SMS texts. 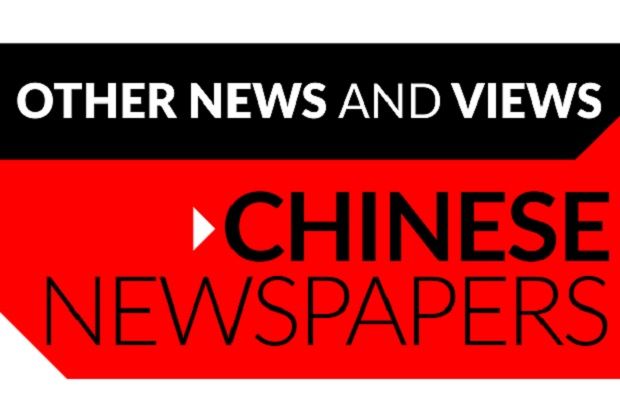 > A Malaysian man lured by a job scam to Cambodia has finally made his way home after being sold more than seven times by human traffickers, reported Sin Chew Daily.

Thanks to his family’s press conference in June on the matter, the syndicates holding 32-year-old Li Jia Ming captive released him to prevent unwanted attention from the authorities.

Despite not having a passport, Li was smuggled abroad by being taken through secluded roads on the Malaysian-Thai border. The traffickers then smuggled Li to Cambodia by sea.

“When I arrived in Cambodia, I realised it was not a job for an online casino but a scam syndicate.

“We were trained on how to carry out online scams using two phones; each phone had at least two fake social media accounts (for us to use).

“We would use the fake accounts to add strangers as friends and try to convince them to invest money in our scheme,” he said.

However, Li said he did not manage to snare anyone, earning the displeasure of his bosses, though he was never beaten or tortured, unlike other job scam victims from Malaysia. As a result of his poor performance, Li was sold to seven different syndicates.

Fearing that one of them would resort to harvesting his organs for sale, Li convinced his family members to hold a press conference with the help of Perak MCA public services and complaints bureau chief Low Guo Nan.

He explained his predicament to the police with the use of a translation app before being transferred to the Cambodian Immigration Department three days later.