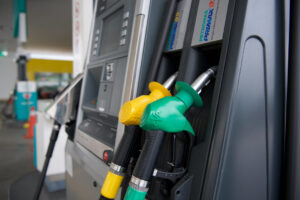 The government is planning to implement a targeted fuel subsidy mechanism instead of the current blanket subsidy currently enjoyed by Malaysians regardless of their socioeconomic status. This is apparently needed to cushion the impact of rocketing crude oil prices for lower-income citizens, according to International Trade and Industry Minister Mohamed Azmin Ali.

Azmin said that the government is still figuring out the structure for this new mechanism as projections show that government subsidies are set to balloon up to RM28 billion for 2022, compared to RM11 billion last year. In the past three months alone, Brent Crude oil has gone up by 20%, partly due to Russia’s invasion of Ukraine, causing even airlines such as AirAsia to introduce fuel surcharges to make up for soaring fuel costs.

“Those with BMWs cannot enjoy the same subsidies as those with Kancil,” said the MITI minister. Just a few days ago, finance minister Tengku Zafrul Aziz revealed that the bulk of fuel subsidies actually go towards the rich as for every RM1 of subsidy spent, 53 cents go towards the T20 group and only 15 cents are used by the low-income B40 demographic.

Economic affairs minister Mustapa Mohamed already announced last month that the government was working on a targeted mechanism to make sure those who can afford fuel do not receive subsidies. For now, the government will still maintain the ceiling price of RM2.05 per litre for RON95 and RM2.15 per litre for diesel.

Questions still remain on when and how exactly the targeted mechanism will be implemented as none of the ministers has revealed any details. Back in 2014, the government had proposed a three-tiered system where the full subsidy would only be given to those earning under RM5,000 per month while those earning under RM10,000 would receive a partial subsidy and those earning over that threshold would receive none. Theoretically, the system would be implemented by using MyKad to confirm your eligibility when purchasing fuel, however, this system never came to fruition.