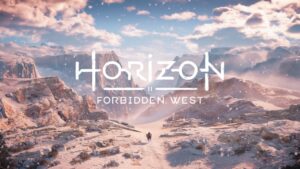 Horizon Zero Dawn was a really great game, and for one that’s now five years old, it’s ageing pretty well. A few minor issues with character rigidity aside, it had done almost everything perfectly well. So you’ll be forgiven if you have the same kinds of expectations for the sequel, Horizon Forbidden West.

And so did I, as I started the review process for the game. But as I went through its main plot, hunted the new animal machines and explored the very pretty world, I can’t help but shake the feeling that I can’t like the game as much as I did the first. I took my time to process my thoughts as I put the main story on hold and attempted to grind out the upgrades for the endgame gear. And in the process, I figured out what I felt didn’t quite measure up to the first game, even if it sounds harsher than I intend.

But before I get into that, let’s start with what the game gets right. And everything in this category can probably be summed up as immersion elements. First off, graphics. After what Horizon Zero Dawn showed was possible in the graphics department, there was no doubt Forbidden West will look just as pretty, if not more so. And Guerilla Games definitely pushed it far into the latter category with the sequel.

World details are much richer, even in the performance mode that I spent most of my time in, which locks the game to 60fps at the cost of dynamic upscaled resolution. Naturally, things look better if you choose to prioritise resolution, but personally, it’s not worth sacrificing 60fps for.

The protagonist, Aloy, is herself the biggest improvement. Rather than the stiff, emotionless brick that she was for most of the first game, she is very much alive in Horizon Forbidden West. Not only is she more animated, but she is also a lot more liberal with expressing emotions. There’s also something about her hair in this game that just looks a lot more natural. Of course, it’s not perfect, as it still flutters around like there’s a hurricane nearby whenever a light breeze blows over.

Other good stuff includes the 3D sound when using the Pulse headset. While the sounds are impressive generally, it’s not really breaking new ground. In combat, you can pretty much be able to tell precisely where an off-screen attack will be coming from, and that can be a major plus point when you’re in one of the story scrambles against multiple enemy machines and human fighters.

But of the PS5 exclusive features, the DualSense is really where the good stuff is at. Taking things further from Ratchet & Clank: Rift Apart, Horizon Forbidden West takes all that the next generation controller can do and mixes each element carefully for what can only be described as the best immersion a controller can provide.

The haptic feedback rustles slightly as you creep into tall grass, hums with a light rumble when you’re in a Cauldron with all the machinery working and rumbles aggressively when you dodge a massive projectile thrown by a large machine and it hits the floor behind you.

Then there’s the adaptive triggers, especially the R2 button. With the number of arrows you shoot off of at least three types of bows, you feel each one giving you a different tension gradient as you draw them. The button absolutely fights back with a lot of resistance when Aloy is doing something equally intensive, like prying open a stuck door. If you find all this is too much, you can change these in the options to either tune all that down or turn them off entirely.

Not so straightforwardly good is the story. In fact, I think it’s quite the mixed bag here, with the good, middle ground and bad parts coming in equal measure. Starting with the good is the pacing. Like the first game, the start is a little on the slow side, but pacing in Horizon Forbidden West is an improvement over Zero Dawn. At the very least, the middle portion doesn’t feel like the absolute slog like the first game felt.

A bit of both is the heavy emphasis on the events that happened in the first game. Not entirely surprising, considering it’s a sequel after all. But because there are so many story elements here that reference the first game – At this point, you’ll have no idea what’s going on unless you’ve played Zero Dawn – that you have to play it first before you play this sequel.

What is bad, subjectively speaking, about the story of Horizon Forbidden West comes in at about the middle of the main quest line. Yes, pacing here is good, as mentioned earlier. And it continues the post-apocalyptic science fiction story from the first game that, far future tech and robot animals aside, is still pretty grounded. But then Guerrilla Games shakes up the formula by introducing the faction known as Far Zenith.

Which is not only too far fetched compared to the rest of the sci-fi that the game world has established, but also so out of the left field. It swings so hard in a different direction that it knocks out the momentum that the existing story provides. I won’t explain why that is because of spoilers, but you’ll understand what I mean when (or if) you get there.

Finally, there’s the combat. Specifically, combat involving the larger of the new machines that serve as the boss class enemies, like the Thunderjaw or Storm Bird in the first game. No doubt it was Guerrilla Games’ intention to improve on what was good in the first game when it came to designing the new machines. And with the new smaller machines, this is pretty much what the devs have achieved. But when it comes to the larger machines, it feels overdone, and it makes it feels like the devs were trying to Souls-ify combat against them.

These new large machines are, to put it simply, overtuned in their difficulty. Many of them chain their attacks in ways that make them undodgeable unless you timed your dodge perfectly. Equally, many have animation delays to throw you off, so that when you think a Tideripper is about to do its body slam, it hangs in the air for just half a second longer, making you mistime your dodge and eat damage.

Or, in the case of the especially notorious Dreadwing, these new large machines have attacks with phantom range and lingering hitboxes. When you think you’ve safely dodged out of the way of an attack, you see yourself still taking damage even when you’re nowhere near the machine. So you switch things up and dodge into attacks to make use of invincibility frames, only to see yourself still taking damage when the machine is already recovering from its attack animation and winding up the next attack.

This heavily encourages disabling them by inflicting them with specific debilitating status effects. At higher levels, doing this quickly consumes relatively rare resources, which can only be obtained from the very machines you’re trying to take down.

All these make these fights a lot less fun as a result, potentially outright tedious, even. Compounding the feeling of it being a chore is the fact that you need to fight these same monsters over and over to get the materials to upgrade the best gear in the game. So if you’re a completionist in that sense, you’re in for a bad time. Fortunately, you don’t particularly need to do this to complete the story.

Horizon Forbidden West is no doubt a step up from Zero Dawn. Definitely in terms of graphics, and arguably when it comes to the character interactions. But unlike, say, Ratchet & Clank, that I can just recommend to you on a whim and without a primer to understand the franchise, you’ll actually need to have played Zero Dawn to truly understand what’s going on in the sequel.

You can also get it on the PS4, no doubt about that. But considering the massive leap forward in graphics, not to mention load times, it’s really worth waiting for a PS5 to be available before picking this game up.

The plot does take a strange turn somewhere in the middle, but it’s worth seeing it through to the end to get up to speed with the Horizon story. Even if the story is not your thing though, you can still enjoy the game for its beauty, its interesting robot animals, and combat against them. The bosses maybe a little more iffy as mentioned, but you can tune the difficulty down at any time you like.

I guess what I’m ultimately trying to say is, definitely go play Horizon Zero Dawn. And once you’ve done that, definitely pick up Horizon Forbidden West. Just as Zero Dawn was one of the many great games to have graced the PS4, Forbidden West is, despite its issues, one of the greatest games of the still young PS5.