Initially announced alongside the Mate Xs 2 last month, the Huawei nova Y70 is now available for purchase in Malaysia. It is the brand’s latest entry-level smartphone which features a first-party chipset, large screen, and a massive battery capacity that promises days worth of usage on a single charge.

In terms of display, the Huawei nova Y70 sports a notched 6.75-inch TFT LCD display with HD+ resolution at 1600 x 720 pixels. Also included is a lock/power button with fingerprint scanning capability, loudspeaker, and a 3.5mm headphone jack. Meanwhile, on its back is a “2.5D glassy exterior” case that is available in either Crystal Blue, Pearl White, or Midnight Black. Interestingly enough, Huawei did not specify which chipset is powering the phone’s processing capabilities. But after a bit of digging, we can confirm that the nova Y70 packs the company’s own Kirin 710 12nm octa-core SoC, which supports up to 4G LTE connectivity. Paired alongside it is 4GB of RAM and up to 128GB of internal storage, with support of up to an additional 512GB via microSD. Running everything software related is Huawei’s EMUI 12 platform.

Typical of phones within its class, the new Huawei nova Y70 is also equipped with a massive 6,000 mAh non-removable battery, which the brand claims will only need to be charged twice a week. But should the situation call for it, also onboard is its 22.5W SuperCharge support that is said to provide enough battery life to view three hours worth of videos after a 10 minute charge. 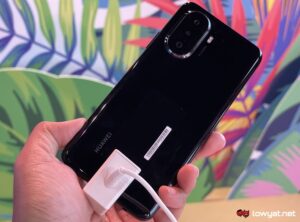 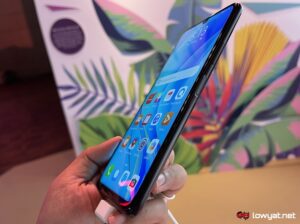 As for the phone’s imaging features, situated on its rear case is a triple camera setup arranged in a vertical island. This consists of a 48MP f/1.8 primary camera, a 5MP f/2.2 120-degree ultra-wide, and a 2MP f/2.4 depth sensor. Housed within the waterdrop notch on its display, on the other hand, is an 8MP f/2.0 selfie camera. For the Malaysian market, the new Huawei nova y70 is priced at RM699 for the 4GB + 128GB configuration. It is available now via the brand’s official website, Experience Stores, and its official online stores on Lazada and Shopee.