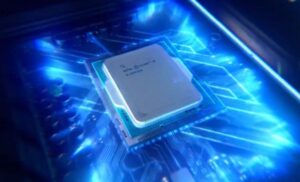 Intel’s 13th generation Core series processors of laptops were announced during CES 2023 this year and sitting pretty at the top of the generation’s hill is the Core i9-13980HK. While we did manage to see MSI laptops fitted with said mobile CPU, we never actually got a chance to see it in action.

Enter Jarrod’sTech, the Australian TechTuber, whom MSI was kind enough to sponsor with two of its upcoming desktop replacement laptops, the Raider GE78 and Titan GT77, fitted with the Core i9-13980HK. The latter is essentially a refresh last year’s model, and based on the information we were given by its parent company when we visited its booth at CES 2023, the laptop is, for lack of better words, an absolute beast.

But as powerful as the Core i9-13980HK – which is basically just desktop Core i9-13900K that has been modified and tweaked to run inside a laptop – can be and is seen on Jarrod’s benchmarks, one has to remember that, in Intel’s quest to assert and maintain dominance in the laptop space, it is effectively giving up performance-per-watt efficiency for the privilege. That, and the fact that you can very expect such laptops fitted with said CPU to run you a pretty penny, especially if that laptop also happens to be paired with NVIDIA’s top-tier Ada Lovelace mobile GPUs.