There were four elements required for new evidence to be allowed, three of which are that the evidence must be evidence not available at the trial, relevance, and credibility, said the judge.

“All that is required to be satisfied is that the additional evidence is necessary,” the judge said in the brief and unanimous decision.

The fourth element was that the evidence would have created a reasonable doubt in the minds of the jury if the evidence was given together with other evidence during the trial.

“Having considered and further having heard lengthy submissions, the appellant has failed to successfully prove the four elements as adopted by our courts.

“In the circumstances, we acquired that the additional evidence was not necessary,” Justice Abdul Karim said in the unanimous decision.

Other judges on the panel were Justices Has Zanah Mehat and Vazeer Alam Mydin Meera. Cameras at the ready: The media waiting at the Palace of Justice for news about the outcome of Najib’s (below) application to introduce new evidence relating to his SRC International Sdn Bhd appeal. — Bernama

“The delivery of the decision (in the SRC International appeal) tomorrow (Dec 8) will proceed as fixed. And I would advise Najib and (lead counsel) Tan Sri Muhammad Shafee Abdullah to appear in court tomorrow or to appear via Zoom,” said Justice Abdul Karim.

Muhammad Shafee then told the court that he, Najib, and the rest of the defence team were unable to enter the court complex as their MySejahtera status had turned yellow or bright orange, an indication of close or casual contact with a Covid-19 person.

Justice Abdul Karim said for that reason, the defence team and Najib could appear via Zoom as this could be done under the new law, Section 15A of the Court of Judicature (Amendment) Act 2020.

“Tomorrow is just for delivery of a decision,” the judge added.

Section 15A stated that the Federal Court, the Court of Appeal and the High Court can conduct proceedings through a live video or television link or any other electronic means of communication.

The judge also reminded both parties that there was still another stage upward and that is the final tier at the Federal Court.

“Whatever the decision by us, (a) party will appeal to the Federal Court. Your application for fresh evidence can still be made at the Federal Court,” said Justice Abdul Karim, referring to Najib. 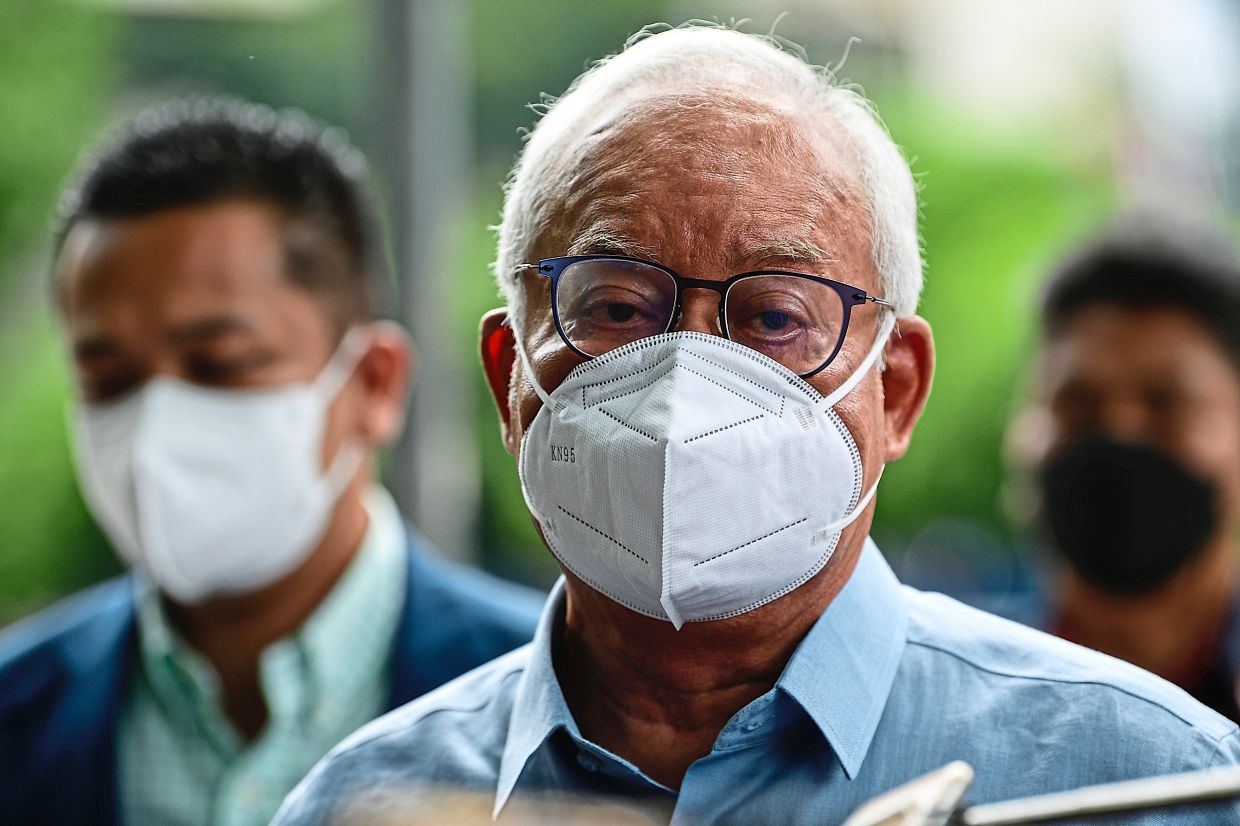 On Dec 1, Najib filed the application through Messrs Shafee & Co., seeking for the Court of Appeal to allow and direct for the viva voce evidence (oral evidence) of Malaysian Anti-Corruption Commission (MACC) chief commissioner Tan Sri Azam Baki, among others, to be taken for the purpose of the appeal.

He also wants viva voce evidence from any other witness or any other additional or further evidence which may arise based on his affidavit or as the court sees fit and appropriate.

In his supporting affidavit, Najib said the evidence that he applied to be admitted and adduced in the application was a cumulation of matters from several events, statements and public announcements that happened recently.

“The cumulative evidence was not available to me or obtainable by me either during the trial before the High Court or during the previous proceedings in the appeals before this court.

“I could not uncover this evidence, in spite of my diligent search, as the prosecution, MACC and Bank Negara were actively concealing them,” he claimed.

Najib said the application was made without delay as soon as he was made aware of all the necessary information.

The prosecution objected to the application, saying it was a delay tactic in the appeal by re-opening the entire case.

It also categorically denied that it had concealed any fact relevant to the charges during the trial or appeal before the court.

Today has been fixed for the decision in the appeal by Najib against his conviction and sentence in the SRC International case.

He was sentenced to 12 years’ jail and a fine of RM210mil after the High Court found him guilty of seven charges involving criminal breach of trust (CBT), money laundering and abuse of position, involving SRC International funds totalling RM42mil.