KUALA LUMPUR: Indonesian terrorist Hambali can now speak in English and even taught himself Arabic following his arrest 18 years ago.

His lawyer Jim Hodes said Hambali and his two partners jailed with him, Mohammed Nazir Lep and Mohammed Farik Amin, were only allowed a strictly controlled call four times a year, each lasting 15 minutes.

“We, as their lawyers, are not allowed to speak to them by phone and can only access them by travelling to Guantanamo in a lengthy convoluted and heavily controlled manner,” said Hodes.

According to one news report, Hambali, 57, enjoys watching programmes like Planet Life and Blue Planet on DVD.

In 2010, Mstar – The Star’s Bahasa Malaysia news portal – obtained a picture of Hambali from his brother Kankan Abdul Qadir, who lives in Cianjur, West Java, Indonesia. 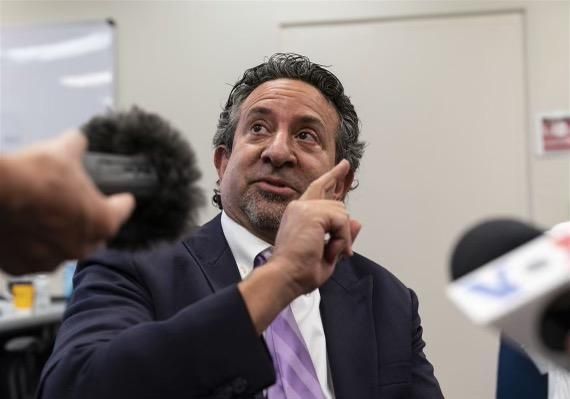 The picture was delivered to the family with the assistance of the International Committee of the Red Cross (ICRC). It showed a frail-looking, bearded Hambali, reading a book.

Hambali’s wife, Sabahan Noralwizah Lee Abdullah @ Lee Yin Len, a Chinese convert, is believed to be staying with the family.

She was arrested together with Hambali in the central city of Ayutthaya, Thailand, in 2003.

After her release from a two-year detention under the Internal Security Act, she stayed in Sabah’s east coast district of Beluran.

It was reported that her sister Noral Fadilah @ Lee Ah Lin was married to Abu Yusuf @ Dandang Surman, another terrorist.

Abu, who was born in West Java, Indonesia, and is reportedly a permanent resident in Malaysia, stayed for five months in Afghanistan, according to a 2003 report by the International Crisis Centre on Jemaah Islamiyah (JI).

Abdullah died in 1993 while Abu Bakar, 82, was released from Indonesian prison last January after his 15-year sentence was reduced for good behaviour.

Hambali’s 2010 picture was probably the last photograph seen by the world until his new picture was released by his lawyers recently.

He was the second in a family of 13 children of a rice farmer in the tiny village of Sukamanah, where he got involved in radical activity in his teenage years.

In fact, he travelled to Afghanistan in 1983 to fight the Soviet Union, where he received arms training. It has been reported that between 1987 and 1990, he had met the late Osama bin Laden.

There have also been reports that Hambali even made calls to Mohamed Jamal Khalifa, a brother-in-law of Osama’s. The two possibly met in Afghanistan during the war. Jamal, who was accused of funding terror plots, was killed in Madagascar in 2007.

“My client (Hambali) was detained in 2003. He was isolated and tortured by the US government for the next three years.

“He also uses his language classes and status as a teacher to exert undue influence on others,” it was reported.

Hodes said he looked forward to having contact with Indonesian and Malaysian authorities to discuss this and other issues in the future.

Mohd Farik, 46, a Kajang-born engineer, is also a cousin of well-known Malaysian terrorist Zulkifli Abdhir @ Marwan, who was killed by the Philippine army.

He was a leader of the Kumpulan Mujahidin Malaysia, which was linked to the JI and listed under FBI’s Most Wanted Terrorists.

Johorean Mohd Nazir, 45, who has a degree in architecture, is described as a “high value detainee” and “lieutenant of Hambali”.

In an interview with the New Straits Times in 2016, his brother Zahbah Lep said Nazir started gravitating towards Islamic politics when he was 16 and had studied at the Politeknik Sultan Abdul Halim with Farik when he started joining JI and Tarekat groups.

“I was shocked when I was shown a photo of him clad in battle fatigues with Osama bin Laden in the desert. I just could not believe that he was capable of doing that,” Zahbah was quoted as saying in the news report about the picture shown to him by Special Branch officers.

It has been reported that he joined the Territorial Army to learn military skills before going to Afghanistan, where he also met Osama.

There has been admission by the US of arrested terrorists being tortured and the existence of covert, overseas CIA interrogation centres known as black sites (even in Morocco and Romania) where Hambali was said to have been questioned.

Time magazine claimed in 2003 that all three were also interrogated in the remote Indian Ocean island of Diego Garcia, a US military base.

Hambali is said to have been subjected to almost three years of isolation, interrogation and torture, according to a Reuters report in 2014.

More details of these methods of detention and interrogation can be obtained online in a 2014 report of the Senate Select Committee on Intelligence Committee Study.