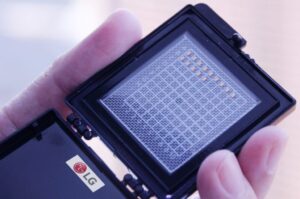 LG Electronics has announced its plan to demonstrate the company’s progress in R&D for 6G technology at the 2021 Korea Science and Technology Exhibition held at KINTEX in Ilsan happening this week. The event will see the company unveiling a 6G power amplifier for the first time, jointly developed with Germany’s Fraunhofer Research Institute.

In August, LG successfully used this power amplifier in Berlin, Germany to transmit and receive wireless data over 100 metres in a straight line outdoors using the 6G terahertz (THz) frequency band. This was quite an impressive feat seeing as how higher frequencies generally have a shorter range and severe power loss in the antenna transmission/reception process. Because of this, the power amplifier developed by LG is used to address the issue.

LG isn’t alone in this venture as Samsung has been researching 6G since 2019, setting a goal of 1Tbps transfer speeds. However, 6G technology is still in its infancy and isn’t expected to even have industry standardisation until 2025, with commercialisation expected by 2029.

While 6G is still a long way away, 5G has just made its way into Malaysia, which officially launched in Klang Valley on 15 December. YTL’s Yes is the first telco to provide commercial 5G, while unifi has announced that the service would be coming soon.

The post LG Is About To Demonstrate 6G Technology In South Korea appeared first on Lowyat.NET.