A MAN in Japan proposed to his Pikachu-obsessed girlfriend with a 1.2 million yen (RM40,193) diamond ring from the Pokemon series, China Press reported.

His girlfriend, who works as a nurse, is a huge fan of Pikachu (pic), a yellow electric mouse that serves as the Pokemon mascot. 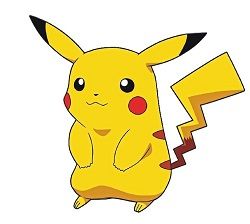 Her room is filled with Pikachu posters and her refrigerator is covered with magnets featuring the character.

To buy the ring, the man had to save up to four months of his salary as a physical therapist.

He proposed on March 14, which was White Day in Japan in which men would present gifts to women.

When his girlfriend saw the ring in a Pokeball (a red and white device used to capture Pokemon), she was speechless for a moment before asking: “This is a toy ring, isn’t it?”

“This is a diamond ring used for a marriage proposal,” he said.

Eventually, she started to sob out of disbelief that he had spent so much on a ring.

She said her boyfriend still had study loans to settle and that he should not have bought her such an expensive present without consulting her.

Even so, she loved the ring and agreed to marry him.

However, she thought the ring box in the shape of a Pokeball was too gaudy and that she was embarrassed to show it to her parents.

They met while playing the mobile game Pokemon Go and began dating not long after.

> The daily also reported that amid rising tensions following lockdowns in Shanghai, a fight erupted over the distribution of food at a neighbourhood.

They were there to distribute food to residents.

The man said he wanted more eggs for his sick family members.

However, the committee members were adamant that eggs were rationed and they were not allowed to give him more.

The man grabbed three cartons and attempted to flee but was stopped by the committee members.

A scuffle ensued after they tried to take the eggs back from him. In a fit of anger, the man threw the eggs on the floor.