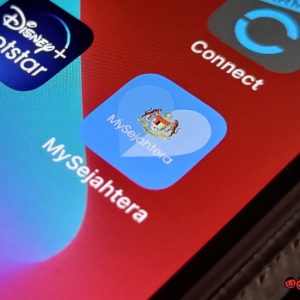 Born out of the COVID-19 pandemic, the MySejahtera app was mainly used for contact tracing, the COVID-19 vaccination program, and pushing out related information regarding the disease. However, with the country transitioning to endemicity, the app’s usage has decreased dramatically, plunging as much as 97% after the government dropped the mandatory check-in requirement.

Moving forward, Health Minister Khairy Jamaluddin wants to take advantage of the app’s massive user base to improve public health by pivoting MySejahtera beyond the coronavirus. “I thought to myself, how do we pivot this app now, with its credibility largely tainted because of COVID check-ins and things like that, and turn that into an app that we can use for non-communicable diseases (NCD) screening?”, said the minister at a World Health Organization (WHO) roundtable discussion.

Pointing out that more than 30 million people in Malaysia have downloaded the app, Khairy called it a once in a generation population-wide enrolment. Hence, the minister said that MoH is now considering utilising MySejahtera for the upcoming national-level free health screening programme that will take place this July.

Khairy said that the programme will be catering to over 1.5 million adults age 40 and above who have never performed health screening in their life. To take place at public and private clinics, among the tests that will be part of the screening programme include faecal occult blood stool testing (FOCB) for colorectal cancer as well as breast cancer screening.

The app will likely be used to provide bookings for screenings as well as to carry health records that one can share with their physician. The minister is also looking into adapting the app for other programs that are considered low-hanging fruits such as the National Immunisation Programme (NIP) for children.

Malaysia’s NIP provides various important vaccines to children which protect them against 13 diseases including measles, mumps, rubella, diphtheria, tetanus, polio, Hepatitis B, tuberculosis, and HPV. Moving over to electronic records can generally eliminate the need for physical vaccination cards.

That being said though, it seems that Khairy and his team are still working on how to implement these changes, based on the remarks made during the roundtable. Hence, nothing is confirmed at the moment as the minister didn’t discuss any set timeline on the new direction for MySejahtera, although if you need a comparison, Selangor’s Selangkah app recently added a lifetime health record feature which will be used for its upcoming screening programme.

The post MySejahtera May Soon Be Used To Store Health And Vaccination Records appeared first on Lowyat.NET.