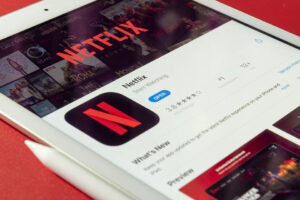 Netflix is considering adding a new ad-supported tier after falling short of its growth target in the first quarter of the year. The company said it lost 200,000 subscribers during the quarter, its first loss in over a decade, leading to its stock crashing 26% and wiping US$40 billion (~RM170.6 billion) from its value.

Owing to the lagging subscriber growth, the streaming giant is considering adding a cheaper subscription tier supported by ads similar to the offerings from Disney+ and HBO Max. Netflix CEO Reed Hastings said that while he is against the complexity of advertising, he is a bigger fan of consumer choice.

While Netflix’s growth has been slowing down following the global recovery from the pandemic, the company attributes the quarter’s loss to competition, account-sharing, and geopolitical events in Russia, where it lost 700,000 members after suspending its services in the country. It’s also forecasting a lost of two million subscribers for the second quarter.

As for account-sharing, the company estimates that 100 million households globally share a Netflix account and it wants to charge higher prices for these members. It has already started testing an “Extra Member” feature to charge additional fees to users sharing their account outside their household, which is currently being conducted in Chile, Costa Rica, and Peru. Netflix says it plans to implement the solution to global markets in a year’s time.