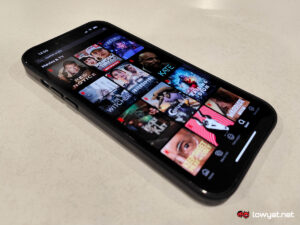 Netflix has plans for an ad-supported tier, this much is certain. Though when exactly that will happen has been up in the air for awhile. In June, co-CEO Ted Sarandos said that it will be launched later this year, but then the company told investors that that it will be out in early 2023 instead. Now, another report puts it back within this year, or more specifically, 1 November.

Variety cites sources familiar with the matter on that specific date. As for the reason behind it, the report states that this is so that Netflix can get its ad-supported tier out before the competition. Specifically, Disney Plus, which has plans to not only introduce its own tier with ads, but also to hike prices of the ad-free one, on 8 December.

While the company may have decided on a date for its new tier with ads to roll out, it will not be out in every market at once. The report notes that on the aforementioned date, it will first come to the US, UK, Canada, France and Germany.

A previous Bloomberg report pegged the Netflix tier with ads as being priced anywhere between US$7 and US$9 a month. Assuming the streaming company goes for the lowest possible price within that range, it will not only launch before Disney Plus, but also priced just US$1 lower. After all, the House of Mouse intends to replace its current standard subscription tier, which is priced at US$7.99, with the ad-supported one. When that happens, the standard tier is expected to get a new price of US$10.99.

Naturally, considering there’s still two months in between any of this happening, it’s also fair to expect more changes to happen in between. Even if nothing else changes, it remains to be seen if these prices will be translated to ringgit in a way that’s acceptable their respective customers in Malaysia.

The post Netflix To Launch Ad-Supported Tier On 1 November appeared first on Lowyat.NET.