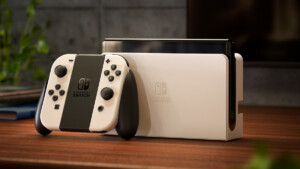 AMD’s FidelityFX Super Resolution (FSR) upscaling technology has more or less made its way on to all major platforms, including the PC and Steam Deck, with the former platform having access to it even if the system isn’t being powered by a Radeon GPU. Now it seems that FSR could be heading for the Nintendo Switch, if the online gossip and whispers are to be believed.

The alleged FSR support was first discovered by Twitter user Nikki (@NWPlayer123), who says that they found it in the license printout, specifically for Nintendo Switch Sports. It is an interesting move by Nintendo, primarily because the hardware of the Nintendo Switch is based on the NVIDIA Tegra SoC and isn’t capable of supporting the GPU brand’s own DLSS technology. Having said that, the licensing doesn’t say how FSR will be applied, although at this stage, it wouldn’t be wrong to believe that the upscaling technology could be limited to its TV mode, where it is designed to run at Full HD resolution.

For the uninitiated, AMD’s FSR is an alternative to NVIDIA’s DLSS. Like its counterpart from Team Green, the technology uses AI technology to render supported titles at lower resolutions and then upscale them, in order to provide higher framerates, albeit with a hit in the details department.

On another note, the license is seems to be limited to just Nintendo Switch Sport as a title, and not for the console itself. The game itself includes a series of sports, including Soccer, Bowling, Tennis, and Badminton, and Chambara, to name a few. The game is set to launch on 29 April.