KOTA KINABALU: Sabah has approved the provision of boats for the use of school children and residents of a village in the interior Nabawan district following the emergence of videos showing them crossing the river in rickety bamboo rafts or drums attached to zip lines.

“If it is boats they need, we (the state government) will approve it immediately,” he told reporters on Friday after breaking fast with the Sabah bumiputra Chambers of Commerce members here.

Hajiji’s assurance comes after a viral video, which drew the ire of netizens, showed students and residents in Kampung Nangkawangan risking their lives to cross the river.

A resident of the area, Zazila Roslan, 30, said the method had to be used after the suspension bridge that villagers relied upon was washed away.

Hajiji, who is also the state Finance Minister, promised that the state government would rebuild the bridge as soon as possible.

“I have been informed that Pensiangan MP Datuk Arthur Joseph Kurup, has also stated his commitment to ensure that the bridge is rebuilt,” he said.

Residents were also informed by the assemblyman recently that efforts were being taken to provide boats as an interim measure while awaiting the construction of a new bridge. 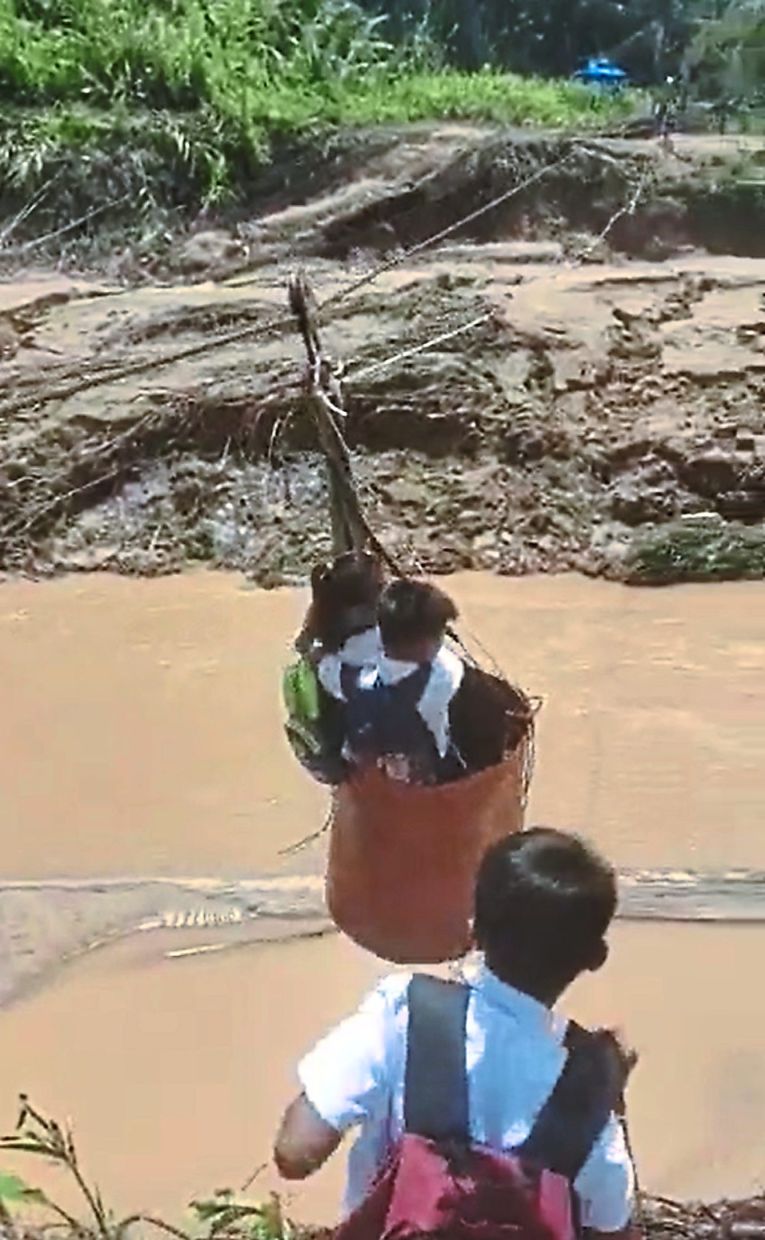 However, he said the boats were not yet available and villagers were still plying the route on makeshift measures.

Meanwhile, the Education Ministry is urging pupils to use the longer but safer land route to school and to avoid the risky river crossing.

Deputy Education Minister II Datuk Mohamad Alamin said that villagers should use the longer route pending the arrival of the boats.

He added that although the suspension bridge is not under the purview of the Education Department, the department is nonetheless concerned for the safety of the children.

“We will monitor the implementation of the (repaired) bridge by the relevant agencies as the safety of pupils is always a con- cern for the ministry,” he said in a statement yesterday.

Mohamad added that although the drum attached to the zip line was meant for the transport of goods, it seemed as though the children were riding it for fun.