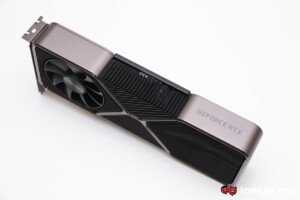 As we’re already past the halfway mark for 2022, we are also reminded that the launch for both NVIDIA and AMD’s next-generation graphics cards are about to happen, somewhere just around the corner. To that end, AFOX, a Hong Kong-based PC components maker, recently submitted not one, but two filings to the Eurasian Economic Commission (EEC) that contain the lists for alleged GeForce RTX 40 Series and Radeon RX 7000 series GPUs.

On the other EEC list, the Radeon RX 7000 Series GPUs filed by AFOX sound even more incredulous, ranging from the higher end 7900XT, 7800XT, and 7700XT, to the mid-range and entry-level 7600XT and 7500XT. The latter two SKUs, yet again, are being mentioned here for the first time.

As usual, details about both the RTX 40 Series and RX 7000 Series GPUs are lacking. With regards to NVIDIA’s GPUs, the most information we even have on them is based primarily on its supposed enthusiast-level RTX 4090, along with a “top-tier” card that allegedly comes with 48GB GDDR6X and an 800W TDP.

As for AMD’s own Radeon RX 7000 Series GPUs, the only information that seems to be confirmed about them is that the cards will be using the Red Team’s RDNA3 architecture at its core, which is based on the 5nm process, and will features a next-generation Infinity Cache, Optimised Graphics Pipeline, and a “Rearchitected” Compute Unit.

Both NVIDIA and AMD are expected to debut their respective GPUs later this year, the former starting in either August or October, while the latter still hasn’t locked down a specific date. In any case, nothing is set in stone, so as always, take this news with a pinch of salt.