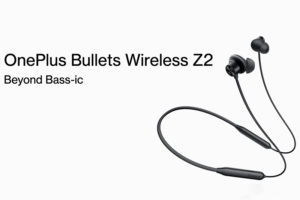 Just like the originals, the Z2 earbuds aren’t completely wireless as they’re attached to a silicone neckband. They’re equipped with 12.4mm drivers for deeper bass, AI noise cancellation, and retain the IP55 rating for water and sweat resistance.

The neckband earphones come with Bluetooth 5.0 and support AAC and SBC codecs, though it lacks support for aptX. It charges via USB Type-C and is also compatible with Fast Pairing with OnePlus smartphones.

The OnePlus Bullets Wireless Z2 is going on sale in India on 5 April for INR1,999 (~RM110) and comes in Magico Black and Beam Blue. There’s no word yet from OnePlus on whether the earbuds will be coming to Malaysia or other markets.