Held in Marrakesh, Morocco, on Oct 23-28, the conference was attended by 321 members from 161 countries bringing together more than 2,000 social security practitioners.

At the conference, PERKESO chief executive Datuk Seri Dr Mohammed Azman Aziz Mohammed was elected the 17th president of ISSA to lead the association for a period of three years (2023-2025). Mohammed Azman is the first Malaysian to hold this highest position in the international body that champions social security at the global level.

“I am very grateful for the trust given to me by the members of ISSA’s international body to be the 17th president,” said Mohammed Azman.

“This election is a success for Malaysia, the Ministry of Human Resources, and all PERKESO personnel because it further boosts Malaysia’s position in the eyes of the international community.

“Through ISSA, I will continue to give my best to improve the social security protection system so that each ISSA member implements comprehensive and inclusive protection in their respective countries for the sake of universal well-being,” he added.

ISSA, which was established in 1927 and based in Geneva, Switzerland, is an international organisation in the field of social security under the umbrella of the International Labour Organisation (ILO).

ISSA acts as a global platform to discuss policies, strategies and innovations in social security.

The WSSF summit held every three years is one of ISSA’s initiatives, which brings together ministers, senior officials, practitioners and experts in the field of social security from member countries to debate current issues and share experiences, knowledge and best practices on social security. 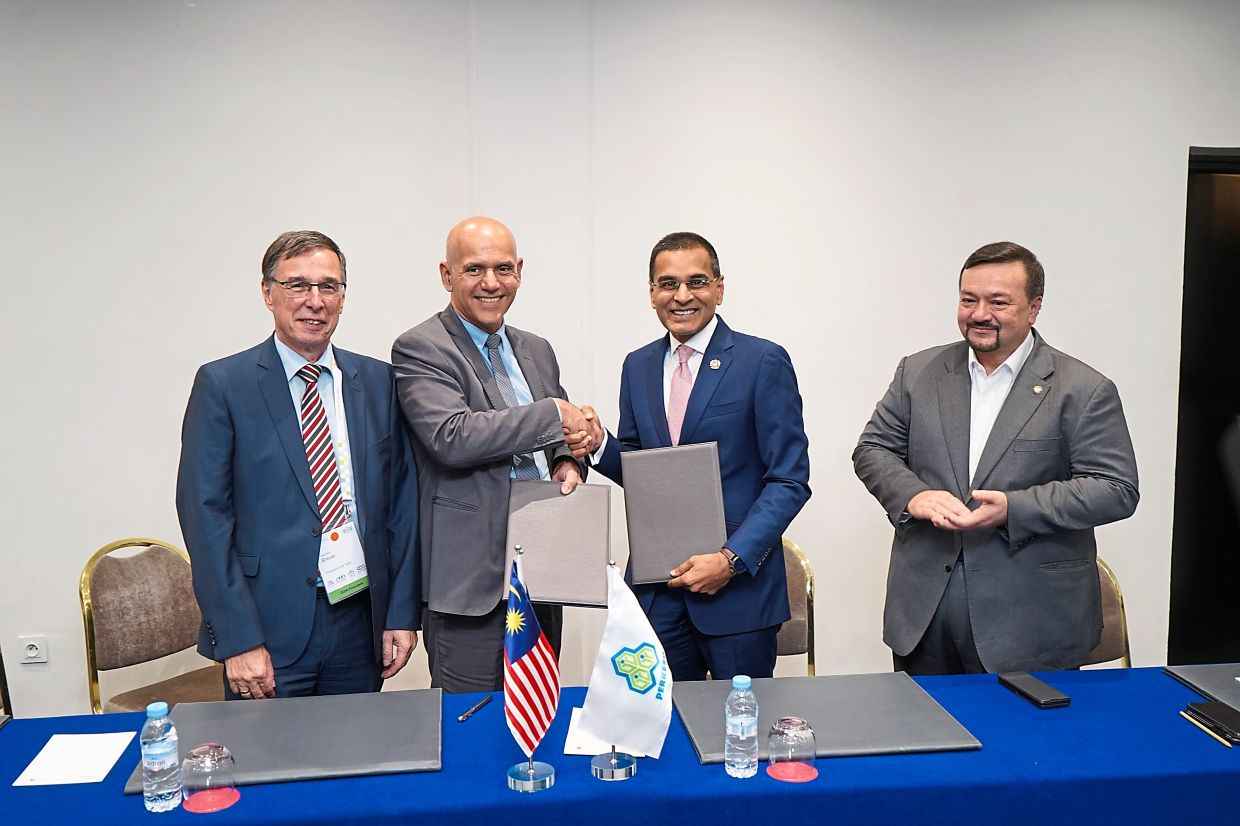 Mohammed Azman exchanging documents with ISSA officials after signing the memorandum of understanding with ISSA to host WSSF 2025.

Following this, PERKESO signed a memorandum of understanding with ISSA as the host and is expected to bring together more than 2,000 social security practitioners and experts from 161 countries.

The ISSA and WSSF 2022 general conference was organised by the Moroccan social security agency CDG Prévoyance with the theme Social Security For Resilient And Inclusive Societies. 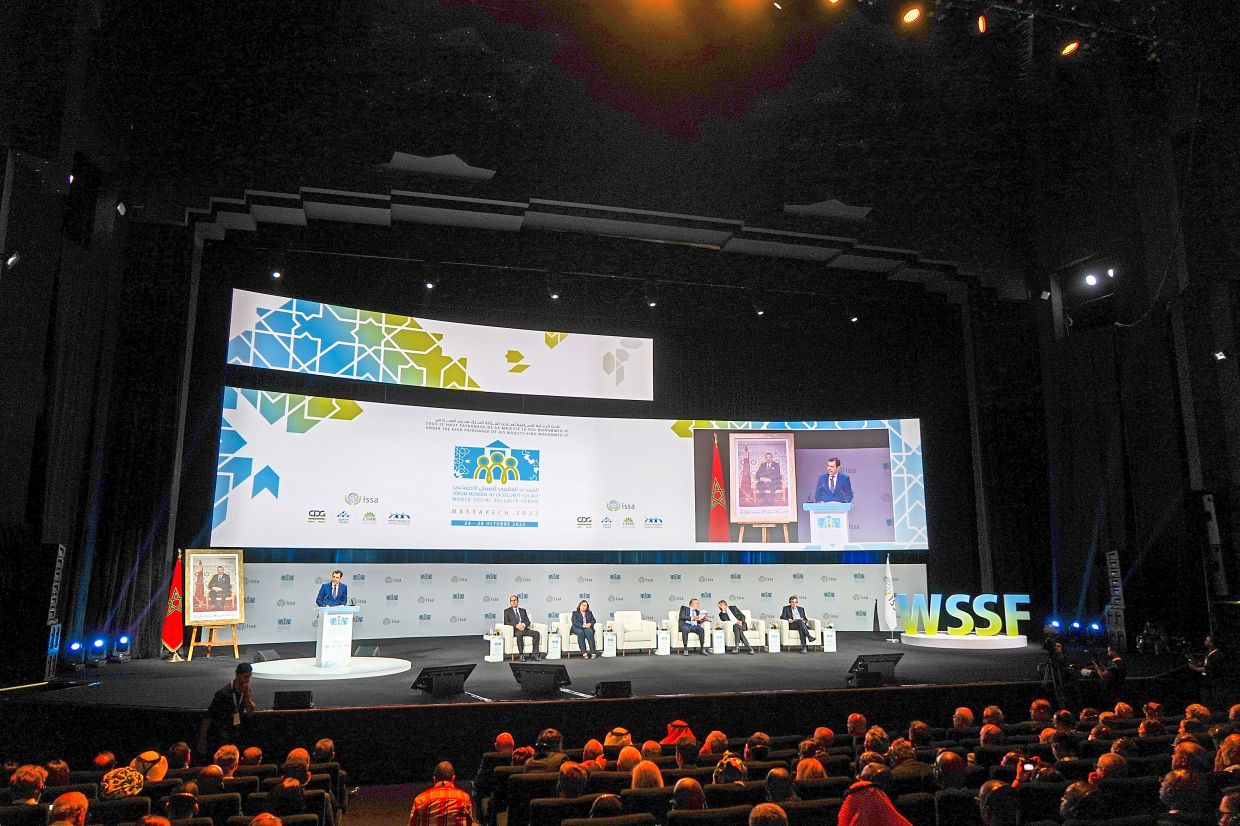 Mohammed Azman was the only Malaysian speaker at a plenary session during the ISSA conference.

During a plenary session at the conference, Mohammed Azman shared his expertise on the topic Social Security Management In The Human-Digital Age, detailing how Malaysia combines digital elements and human skills through the Social Synergy Programme and the national employment service, MYFutureJobs.

Senior officials from PERKESO and the Employees Provident Fund (EPF) presented the findings of their respective research and innovations that benefit target groups and stakeholders.

The PERKESO Rehabilitation Centre was also invited to demonstrate its advanced robotic rehabilitation and share the progress and dynamism of Malaysia’s social security protection.

Prior to his election as ISSA president, Mohammed Azman has received the Frances Perkins Award 2020 bestowed by the US-based International Association of Industrial Accident Boards and Commissions (IAIABC). He is a board member of the IAIABC and the first Asian to receive the Frances Perkins award.

With Mohammed Azman as ISSA president and Malaysia as the host of the 35th ISSA general conference and WSSF 2025, it is hoped that the social security agenda in Malaysia will continue to be strengthened and further developed for the well-being of the people, as well as raise the level of professionalism among social security practitioners in the country.