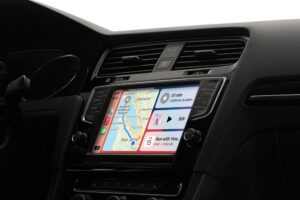 Apple CarPlay and Android Auto have been around for quite awhile, but none of these come built-in when you buy a vehicle from Perodua. This may change as soon as next year, if all goes well.

Mekanika quotes Perodua CEO Zainal Abidin Ahmad as saying that there are many customers who are asking for Apple CarPlay to be included. The company is considering adding it to upcoming models, including the new Alza that will be launched next year. Said model is reportedly the last iteration of the MPV, the final production of which will be in January 2022.

While the company mentioned Apple CarPlay by name, it remains to be seen if this also includes Android Auto. It probably will, but the company has yet to announce anything to that effect. At any rate, the statement in which the Perodua CEO sounds like the whole thing is far from being decided still.

It would undeniably be great if it comes to pass. Regardless of if you use an iOS or Android device, having Apple CarPlay or Android Auto is a definite plus if you need any feature of your phone while driving. This ranges from using navigation apps, streaming music, or just simply answering a phone while on the road.

The post Perodua May Have Apple CarPlay Built Into Cars Starting 2022 appeared first on Lowyat.NET.