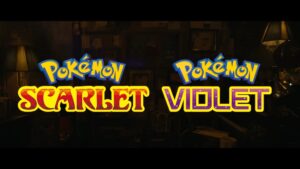 Pokemon Scarlet and Violet launched last week, and since then there have been widespread reports on its poor technical state. It’s been bad enough that there have as surge if players wanting refunds for their purchase. Some of them are even getting it. At least, based on anecdotal reports on Reddit.

Naturally, these are refunds issued for digital purchases of Pokemon Scarlet and Violet. In one particular thread, Reddit user Hotdog_Daddy claims that they were told by a rep that “she would elevate my case to ensure a refund was approved”. They claimed to have gotten their refund an hour later. Another user, Head_of_the_Bordello, says that they were told that this will be a one time exception to Nintendo’s digital refund policy, but got the refund anyway.

While disgruntled customers getting a refund is about as dime a dozen as stories get, this is rare for a Pokemon game. Even with the previous twin entry Sword and Shield, and the major backlash it got for not including the full National Pokedex, there have not been demands for refunds. Granted, those games were in a much better technical state, even if the age of the graphics were starting to show by that point.

Making things worse is the fact that Pokemon Scarlet and Violet were released in the same year as Legends: Arceus. That was not only a much better game from a technical standpoint, but also a refreshing change of pace for the franchise which has gotten formulaic, predictable, and frankly boring.

For fans of the franchise still following every release, there’s of course hope that all these technical issues will be addressed in a patch somewhere down the line. But for those who are more cautious with their money, it’s safe to say that now’s not a good time to be picking up the keys to the ninth Pokemon generation. But at least the special edition Switch OLED is pretty.