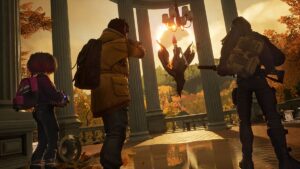 Of the games that Bethesda has in the pipeline, Redfall is right behind Starfield in terms of being highly anticipated. The latter has been delayed to the first half of 2023, which is a vague window at best. Though it looks like the former may also fall within the same window, and maybe as soon as the first week of May 2023.

Twitter user Okami Games initially made the claim that Redfall would release in March. The tweet was made in October of last year, but they would then update their claim around Christmas to say that Arkane Studios, the studio behind the game, has pushed it back by six weeks. In other words, the new release date for the game is early May.

Have heard that it’s been pushed back internally by about 6 weeks. Currently targeting an early May release.

Unfortunate news but I’m sure it’s for the best. https://t.co/JuytC5KxWw pic.twitter.com/PIsBaH24y3

Following up on that, Windows Central claims that its own sources have corroborated the Redfall release date. It also does one better, narrowing the release date down to the first week of May.

So far, based on Bethesda’s announcements, it’s likely the now Microsoft subsidiary plans to launch Starfield before Redfall. But it remains to be seen if the gap between release will be big enough for gamers to spare enough time to enjoy both games thoroughly. One thing we know for sure is that Starfield will more than likely be a major time sink, having mostly the same gameplay formula as the Fallout and The Elder Scrolls series.

As for Redfall, early pre-beta gameplay indicates that it will be a derivative of the zombie horde survival shooter genre, a la Left 4 Dead. Except, you know, the zombies are vampires in this game. And considering Arkane’s previous work like Dishonored, Prey and Deathloop, the studio definitely has what it takes to make it work. But at the same time, hopefully the studio does it properly, and if it can’t, hopefully it is not afraid to delay it further. The industry doesn’t need another Darktide.

The post Redfall May Have A May 2023 Release Window appeared first on Lowyat.NET.