WITH an abundance of land, resources and government policies, Malaysia remains food insecure.

Five years ago, Malaysia ranked 40th on the Global Security Food Index (GSFI), with a heavy reliance on imports for essential food products.

The fact is, Malaysia does not produce enough food for its population and industries; its agricultural productivity is 45% of the average among high income countries.

The agriculture sector faces structural issues related to uncertainty over farm ownership and leasing, labour shortages leading to an increase in idle agricultural land, low productivity and quality of agricultural produce, low level of automation and technology adoption, as well as high dependence on foreign labour.

Malaysia recorded 26 food items with more than 100% self sufficiency ratio (SSR) in 2021, compared to 19 in 2020, according to the Department of Statistics Malaysia. The primary growth sector of Malaysian agriculture has been on cash crop exports, with increases in food crop production being a distant second priority.

Between 2000 and 2016, Malaysian rice productivity increased annually by 1.6% although paddy acreage only grew by 0.03% in the same period, according to research by Dr Sarena Che Omar, Khazanah Research Institute, in 2021.

This progress in production, however, did not lead to a comparable rise in food security, as consumption rose by 1.7% annually, more than wiping out all gains in productivity.

While the Malaysian Government is doing well to ensure the affordability of food products through price controls and various subsidies, the country is particularly lacking in agricultural research and development (R&D), as well as climate change adaptation.

Although Malaysia has a higher percentage of arable land, it has lower average yield compared to South Korea, Indonesia and the Philippines, according to the United Nations Food and Agricultural Organisation.

Unexpected rainfall and floods have destroyed farms and crops across the country, causing damages exceeding RM68mil in the agriculture industry.

Stronger commitment and impactful investments are required to improve the productivity and resilience of the agricultural sector, said Mohamed.

Between 2017 to 2021, Malaysian households spent RM33.7bil annually on imports of food and beverages.

In 202, imports of food and beverages for consumption and industry had exceeded RM38.5bil and RM31bil respectively. 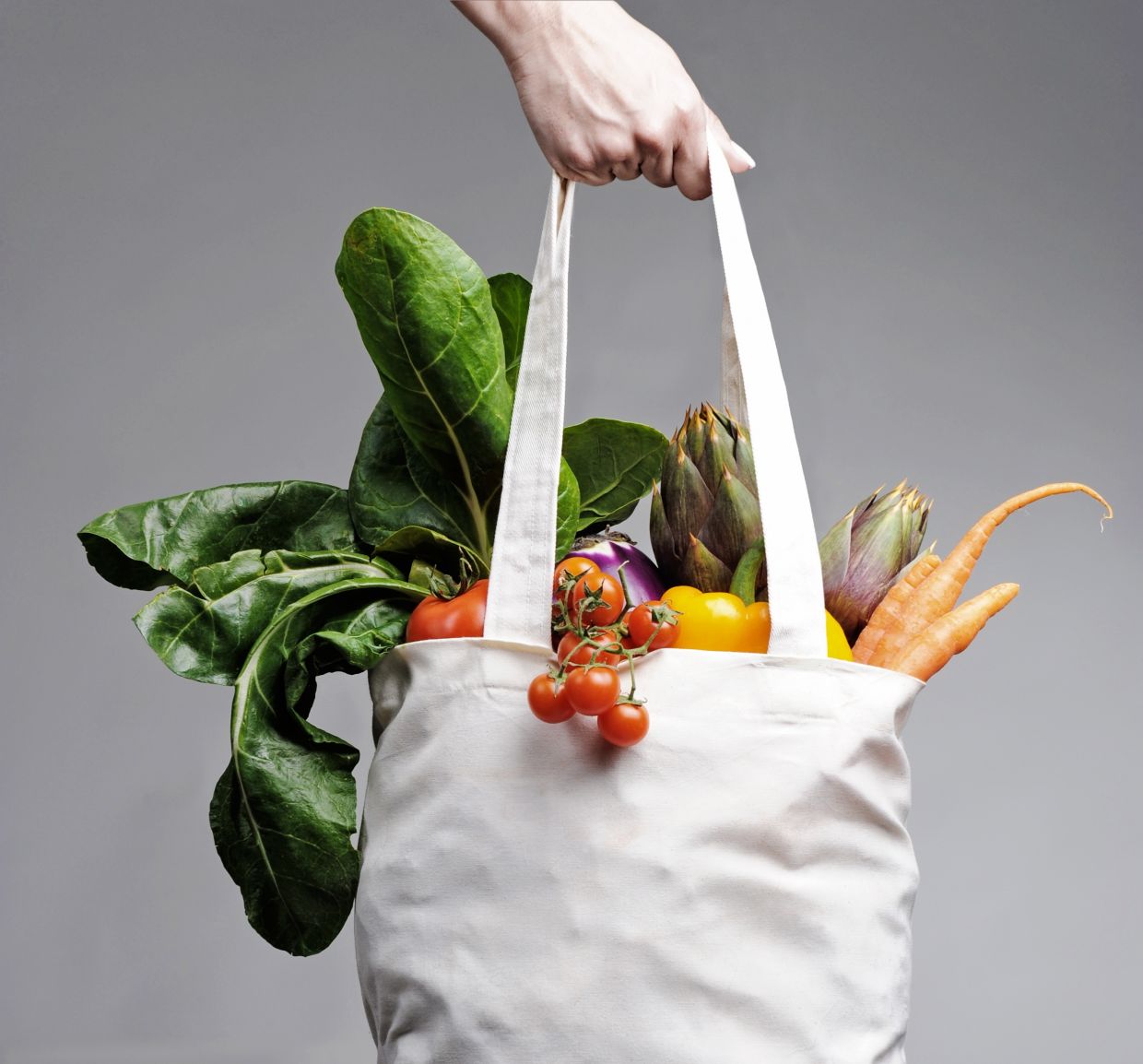 Malaysia does not produce enough food for its population and industries; its agricultural productivity is 45% of the average among high income countries.

Planters and agro-preneurs should have equal access to the resources and opportunities they need to be more productive.

Government and state intervention is required in lengthening the period for the temporary occupation lease (TOL) from one year to a minimum of 30 years for reasonable investment returns.

Mixed cropping systems should be encouraged to improve sustainability and efficiency of crop production with incentives for identified crops and sustainable farming practices.

The present subsidy regime for farm inputs, such as seeds and fertilisers should be expanded into one payment for sustainable agricultural practices that include the improvement of soil health, rainwater harvesting and inter-cropping.

Youths can be attracted through assistance measures and programmes, working capital grants and finance schemes.

New technologies that include artificial intelligence, big data analysis, automation, as well as the usage of drones and robotics should be deployed for sustainable, modern farming practices, supply chain management or grassroot agriculture innovation to increase crop productivity.

The proposed food subsidy card for B40 members require further enhancements such as improvement of databases to include undocumented residents, to ensure that food products are affordable and accessible to all.

In terms of climate change, the paddy fields are Malaysia’s weakest point from as sea levels rise.

A check into the lowest lying regions and major rice production indicates that most of Malaysia’s paddy production will be impacted even with a one-meter rise in sea level.

The Government should consider putting in resources to fight sea and underground saltwater intrusions and defend the paddy fields, or move the farmers uphill, said Dr Chen.

Short-term measures such as price controls, export bans and subsidies for producers should be carefully implemented; they may negatively impact the market if poorly executed.

The Government’s export ban and price ceiling on poultry products, along with rising costs of chicken feed, had resulted in oversupply and producers had to sell their stock at a loss.

A shift from beef and mutton consumption towards poultry, in which Malaysia is self-sufficient, or even to a meat-less diet, would free up resources to directly feed humans rather than livestock.

To drive down the cost of production, alternative animal feed such as palm kernel cake, instead of imported corn and soybeans, should be identified and expanded into an industry.

As a nation with significant domestic natural gas supplies, Malaysia is capable of producing a substantial portion, or even become self-sufficient, in nitrogen-based fertilisers.

Steps taken by other countries

Food security has become an issue of national security in Switzerland, where agriculture is as important as military supplies, banking and insurance.fo

Through drip irrigation and modern farming technologies, Israel improved the productivity of its agriculture sector, achieving 90% in food SSR.

In 2017, Japan’s Ministry of Agriculture, Forestry and Fisherisses received JPY98.4bil (RM3bil) for agricultural R&D, which had significantly supported agricultural innovation.

However, the country is well-positioned to adopt best practices via strategies set forth in key policy documents, such as the 12th Malaysia Plan and the National Food Security Policy Action Plan (NFSPAP) 2021-2025.

The NFSPAP, which has identified five strategic thrusts, is a step in the right direction, but there must be political commitment and robust execution.

Initiatives outlined will transform the agriculture sector in Malaysia in a holistic manner through enhancing infrastructure, empowering local food producers and fostering collaboration between the various entities within the ecosystem.

The work on climate change and adaptation for fruits and selected crops is critical, as climate change will force us to rely on adapted crops, not ones that are controlled by foreign agritech intellectual properties and supply chains.

In the climate-changed future, the concern is that new crops that can survive might only come from overseas; Malaysia needs its own strains and systems, said Dr Chen.

There should not be too much investment into equipment for wild fishing, as wild fish stocks are predicted to be depleted due to over-fishing and climate change; investments in aquaculture may be better.

To the extent that rural areas are not well-serviced by the main food distribution networks, there may be an increase in organised boat services in Sabah and Sarawak.

Stressing on food production is not enough; the problem of food wastage must also be addressed.

The Government can guide the development of a secondary market for near-expiry food which, if not consumed, is soon discarded.

In more developed economies, there is a defined market for such food, which feature sharply marked-down prices.

Supermarkets can collaborate on such efforts and this may actually help lower income people or those who do not attach a stigma to consume such food.

Up to 17,000 tonnes of food waste is recorded in Malaysia on daily basis; about 24% or 4,005 tonnes are still edible, according to landfill operator SWCorp Malaysia.

Ensuring food security and expanding food production, reducing imports and food wastage amidst rising inflation and supply disruptions, should be among top the priorities for the incoming Government.

We should also look beyond the short and medium term towards the long-term horizon of sustainability, inclusion and shared prosperity.