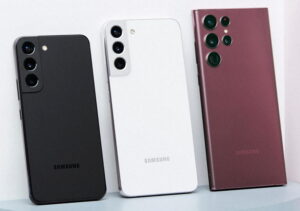 Samsung Malaysia has implemented some changes to its pre-order program for the new Galaxy S22 Ultra, S22+, and S22. Almost all of the original pre-order freebies have since been removed and now in their place is the Galaxy Watch4 smartwatch.

As a quick refresher, the original pre-order program which kicked off immediately after the Galaxy Unpacked event earlier this month offered an e-voucher worth RM800. Customers can use the voucher to purchase selected Galaxy Wearable and Samsung mobile accessories at Samsung Malaysia eStore from 23 February to 30 March.

On top of that, they will also receive a Silicone Cover with Strap and an additional strap for the cover. Furthermore, those who pre-ordered the Galaxy S22 Ultra will also be provided with a Galaxy X Lamy Safari Twin Pen while Galaxy S22+ and S22 customers will get a specially-made Camera Filter Mount.

Starting from today onwards, those who pre-order any of the Galaxy S22 Series devices will receive the 40mm version of the Galaxy Watch4. This is with the exception of Galaxy S22 Ultra customers who will continue to be provided with the Galaxy X Lamy Safari Twin Pen in addition to the smartwatch.

According to the Terms and Conditions that are attached to the pre-order program, the changes to the freebies lists applies not only to Samsung Malaysia eStore but Samsung Experience Stores and other participating retailers as well. On a related note (heh), we have also noticed that the shipping date for the Galaxy S22 Series has since slipped from early March to early April although it is unclear whether the new date affects all retailers or is only specific to Samsung Malaysia eStore.