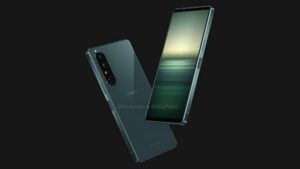 Sony, via Twitter, has announced that it will be announcing a brand new Xperia product next month. As implied by the video teaser’s not-so-subtle title, it appears that we’ll be seeing the official unveiling of the Xperia 1 IV, a device that saw two seperate leaks in March and in early April.

To recap, 3D renders provided by OnLeaks suggest that the upcoming Xperia 1 IV could sport a design that is mostly similar to its predecessor. To be more specific, the phone is shown to allegedly feature a flat screen with no notch or cutout, a flat-edged surrounding frame, and a rear panel that comes with a familiar vertical camera layout.

Interestingly, leaksters on Weibo say that the phone’s rear imaging setup could feature triple 48MP IMX sensors for its primary, ultrawide, and telephoto cameras. There’s a fourth shooter as part of its setup as well, but no information regarding it has been provided. The same can also be said about the phone’s internal hardware, though it’s not unlikely for Sony to equip it with a Snapdragon 8 Gen 1 chipset.

Besides that, the company could unveil the fourth iterations of its Xperia 5 and Xperia 10 smartphone series during the event as well. The latter of which also saw an extensive leak last month, courtesy of reputable tech insider OnLeaks yet again.

According to Sony, the upcoming launch event will be streamed live via the official Xperia channel on YouTube on 11 May 2022. It is slated to start at 4pm in Japan, which is 3pm local time.

The post Sony To Officially Unveil A New Xperia Product On 11 May appeared first on Lowyat.NET.