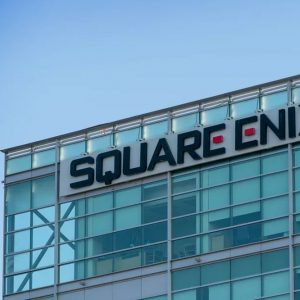 Square Enix president Yosuke Matsuda started last year with an open letter stating that the company will be chasing the NFT trend. A full year later, we get another one, which looks like a tradition that the company might be hoping to start.  Just like last year, this year’s letter shows a severe lacking in the ability to read the room, or actively pandering to the wrong one.

The letter spends the first half of its 15 paragraphs recapping the global financial situation, as well as the company’s selling off of three studios. Then on paragraph eight, Matsuda mentions that Square Enix is “most focused on blockchain entertainment” as part of its medium-term business plan. Which is baffling considering the number of bad news surrounding the term last year.

Matsuda explains the decision by noting that Web 3.0 is “a firmly established buzzword among businesspeople”, not realising the two layers of irony in that statement. Considering this is the second year in a row that a similar sentiment is being shared, it’s getting less likely that this is a case of context being lost in translation. He goes on to lampshade the “volatility in the cryptocurrency and NFT markets”, as well as the “scandalous bankruptcy of FTX in November”, implying that this is why the company doubling down on a buzzword is a good strategy.

It’s a tad more depressing to see this sort of New Year’s letter two years in a row. Even Ubisoft – previously the publisher most susceptible to trend chasing – gave up on NFTs when its Quartz that was shoehorned into Ghost Recon Breakpoint bombed hard. Equally, it’s confusing that Matsuda acknowledges that that the blockchain “market was driven more by speculative investors than by gamers” through 2021, but it’s unclear what’s changed since. Even until now, at least in the realm of gaming, blockchain tech is still a solution looking for a problem.

The post Square Enix President Doubles Down On Blockchain appeared first on Lowyat.NET.