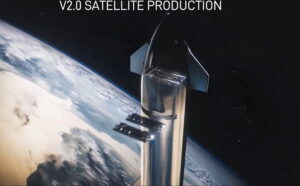 Elon Musk revealed that SpaceX will be launching new Starlink satellites that have the ability to transmit directly to mobile phones.  The revelation took place just after T-Mobile and SpaceX made a joint announcement that they are now working to eliminate mobile dead zone by leveraging Starlink.

Under the new plan which they dubbed Coverage Above and Beyond, both companies will establish a new network using the telco’s mid-band spectrum across the United States. T-Mobile noted that the majority of smartphones on its network will be able to connect to the network without any need for new equipment.

In fact, Elon has said during the launch event that it will likely work even if the phone is in one’s pocket and users certainly don’t have to point their phones to the sky to connect to the Starlink satellites. In a tweet right after the event, the Chief Engineer of SpaceX also said that the new endeavour is made possible by the new Starlink V2 satellites.

Even though the announcement today revolves around T-Mobile’s network in the U.S, Elon also said that Starlink V2 can help eliminate dead zones across the globe. At the launch event, he noted that SpaceX planned to work with partners in other parts of the world in order to make it happen.

Meanwhile, he mentioned in a follow-up tweet that the new deployment will work great for texting and voice calls but not for usages that require high bandwidth. This is mainly because each cell zone under the new network can only deliver 2 to 4Mbps.

In another tweet, Elon who is also the CEO of Tesla has confirmed that electric vehicles from the company will also be able to connect to Starlink V2 satellites as well. This way, these EVs which rely on cellular connectivity to deliver plenty of their features will soon have another way to stay connected.