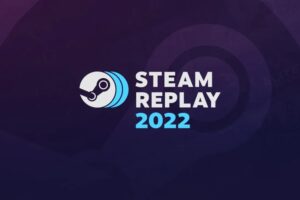 Spotify first did its Wrapped recap of your music listening habits back in 2015, when it was still called “Year in Music”. Since then it’s been a yearly tradition of the company telling you what you’ve been listening to all year round. Now, Valve has something similar for its own PC games storefront and launcher, in the form of the Steam Replay. And it does just about what you expect it to.

The breakdown on your own Steam Replay can be pretty specific too. Beyond the expected things like the games you play, you also get a percentage breakdown for the time you spent on each. You can also see the amount of the games that you played each month. Then there are other miscellaneous stats like the number of achievements you’ve unlocked in the year, or number of friends you added to your Steam account.

Naturally, for Valve to even track any of these, you’ll need to be spending most of your Steam time online. In the FAQ section at the bottom of the page, the company notes that Steam replay does not include any playtime in offline mode either. The specified window for the data collection period is between 1 January and 15 December after timezone adjustments. So if you’ve spent a lot of time gaming in the last two weeks of the year, these stats won’t be included in your personalised Replay.

As with other recap features, you have control over who gets to see these stats. You can choose to have these bits of information be private, visible to friends only, or to the general public. You can check out your very own Steam Replay by hitting the link below. Otherwise, you can find it as the first item under the New & Newsworthy tab.