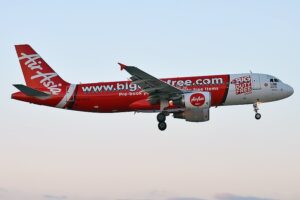 Thai AirAsia X, the long-haul budget airline carrier that is under the AirAsia group, recently put it an application for bankruptcy protection with Thailand’s Central Bankruptcy Court (TCBC). In line with its application, the carrier also released an official statement, saying it has “entered into rehabilitation at an appropriate time”, as tourism and its nation began its reopening process.

Once the TCBC has fully reviewed and granted the bankruptcy protection to Thai AirAsia X, the carriers says that it will then draft a rehabilitation plan, in order to bolster its liquidity and ensure full operational capacity. On a related note, Thai Air Asia X also says that the rehabilitation filing will not have any impact on Thai AirAsia (FD) and Asia Aviation Plc (AAC), both of which are entities separate from the carrier’s operations and routes.

It’s no secret that, of all the airline carriers affected by the COVID-19 pandemic in the past two years, AirAsia has definitely felt the brunt of it. Throughout the lull, the carrier underwent a restructuring that eventually grew into a massive dumpster fire; Air Asia X customers were unable to seek refunds or credits to the restructuring worse still, even if AirAsia did refund their tickets and credits, it would only be 0.5% of its original value.

Things got so bad and heated that the following year, the Malaysian Aviation Commission (MAVCOM) had no choice but to step in and lay down the law on AirAsia X: refund customers their flight tickets in full, or face the consequences. Although to be clear, MAVCOM never actually specified what sort of punishment it would exact on to the carrier.

Ultimately, AirAsia X seemed to have buckled under pressure, and back in April this year, it finally allowed customers with outstanding travel credits to redeem them for its flights.