IN just four years, Malaysia has seen a record-breaking three prime ministers being appointed, but this is nothing to be happy about as it has led to a political landscape that can only be called “unstable”.

All three prime ministers were no strangers to voters because they had been in the thick of things for a long time, especially in the middle of all the political turbulence.

Two of them – Tun Dr Mahathir Mohamad, now the Parti Pejuang Tanah Air (Pejuang) chairman, and Tan Sri Muhyiddin Yassin who ousted Dr Mahathir to become Perikatan Nasional chairman – were, in fact, paraded as the poster boys for their parties.

But being fronted as poster boy does not guarantee success, at least not in Malaysia.

Barisan Nasional’s poster boy for the Johor state election, Datuk Seri Hasni Mohammad, learnt a bitter lesson when, despite taking Barisan to a big victory, was not picked as Mentri Besar. 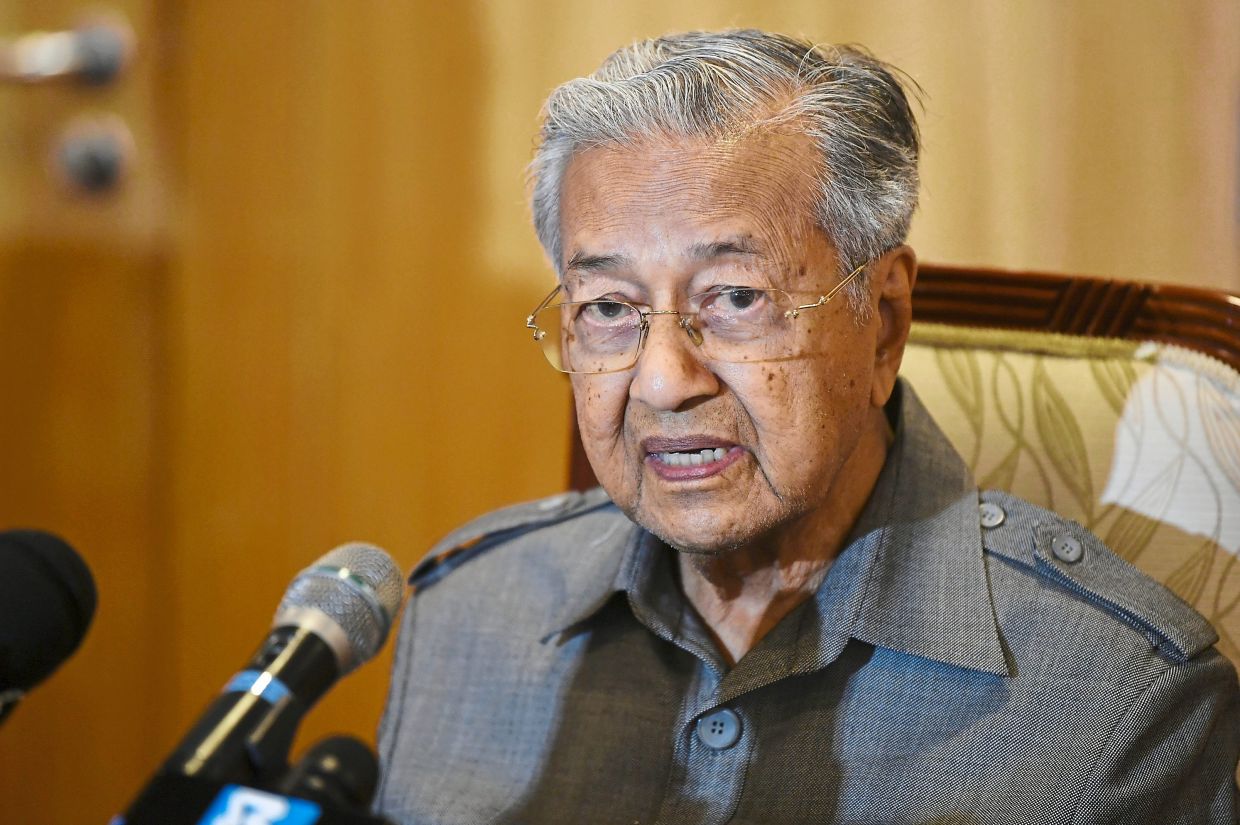 That could have been an isolated case rather than the political norm but Barisan has learnt its lesson.

Following the incident, Barisan chairman Datuk Seri Ahmad Zahid Hamidi said that the coalition’s pick for prime minister would not be part of its strategy for the next general election (GE).

That means that if an election were to be called now, almost all parties would not have a prime minister-designate to parade in the campaign.

Muhyiddin was the previous poster boy for Perikatan but after the disastrous showing in Melaka and even his home state of Johor, critics feel that Bersatu would do well to change their man for the top job.

However, it can be argued that Muhyiddin and his party have made inroads among the Malays, as voting trends in the Johor state election showed that Perikatan was the only coalition to record an increase in Malay support.

According to Bersatu Youth chief Wan Ahmad Fayhsal Wan Ahmad Kamal, discussions are currently underway on who would be the best face for Perikatan’s campaigns for the general election.

“It all depends on the consensus with other parties as well as the result of negotiations,” said Wan Fayhsal.

The Deputy National Unity Minister, however, felt it was important to have a poster boy in an election.

“It gives credibility to the party and an assurance to voters on how Malaysia will be in the next five years,” he said.

While Perikatan is still mulling over whether it will be Muhyiddin or not, Pakatan Harapan is caught in a similar bind, with questions over Datuk Seri Anwar Ibrahim. 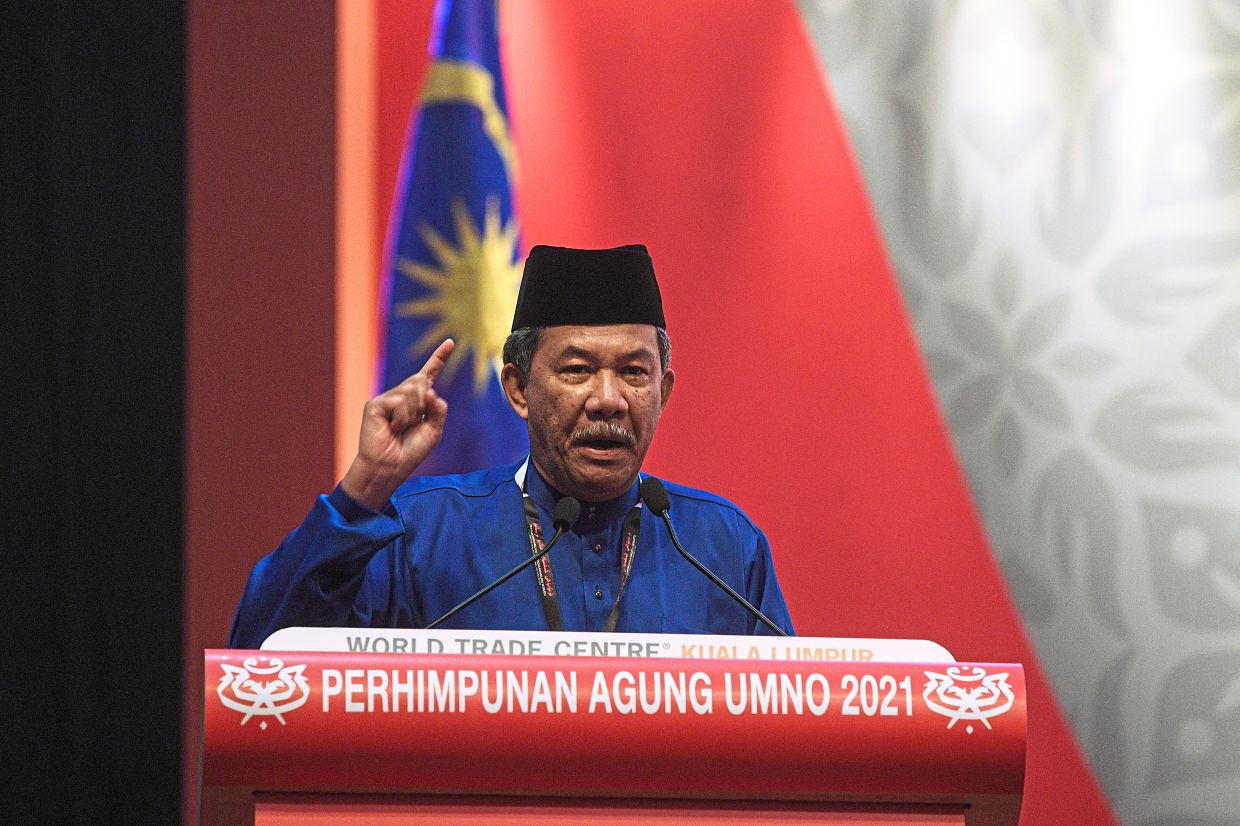 Pakatan’s top leadership has its eyes set on recapturing the Federal Government with Anwar as its preferred prime minister candidate, but there are lingering doubts.

Amanah communications director Khalid Abdul Samad believes Anwar is still the best candidate for the prime minister position, as the Port Dickson MP has proven his commitment to Pakatan’s ideals.

“We are in it for the ideal of a just and fair government, good governance, not just on an individual.

“Having said that, we believe Anwar is still the best candidate available,” said the Shah Alam MP.

While Pakatan is still behind Anwar, an opposition “big tent” may not agree.

Others in the Opposition are critical of his leadership, one of them being Pejuang president Datuk Seri Mukhriz Mahathir.

Mukhriz has already declared that the Opposition isn’t united because Anwar appears to be working for his own party – PKR.

Warisan, too, made clear its stand when it took on Pakatan in multiple seats during the Johor state election.

Khalid, however, agreed with Wan Fayhsal that it was crucial to have a famous face to spearhead the campaign.

“It will instil confidence and help create a momentum for change, although it is best to have a winning team rather than just one individual,” said Khalid.

Azmi Hasan, a senior fellow at Nusantara Academy for Strategic Research (NASR), said it would be an uphill task for Pakatan to campaign with Anwar as its poster boy.

The dismal showing at the Melaka, Johor and Sarawak state elections were testimony to that.

Azmi also felt Pakatan top leaders were keeping their options open about someone other than Anwar despite openly supporting him as prime minister.

“Anwar is not favoured by DAP and some factions in PKR. So, I don’t think it’s a wise idea for PKR to be adamant about Anwar as prime minister-designate,” he said.

He warned that keeping Anwar as poster boy could jeopardise any possible cooperation with Warisan and Pejuang.

Still, he feels a poster boy is a crucial element in elections, despite the Johor fiasco.

“They (the parties) need to be careful about who they portray as their choice of prime minister candidate,” added Azmi.

Barisan, however, has a different problem in its choice of poster boy. It does not lack candidates but may have too many.

Former Umno president Datuk Seri Najib Razak has proven to play an effective role in electoral campaigns, despite his conviction and a slew of court cases.

Mohamad is among those widely touted as Umno’s prime minister candidate.

However, Azmi pointed out that Mohamad has never publicly shown his desire for the top job.

“I’ve never seen Tok Mat putting out a vibe that he wants to be prime minister even though his supporters say he is capable,” added Azmi.

The appeal of being a poster boy is magnetic.

The chosen ones will likely give the politically correct response on how the trust bestowed is not for self-gain, but a heavy responsibility to serve society and country.

Still, any politician worth his salt will be aiming for the top spot.

But being the poster boy is no guarantee that you will be the golden boy.