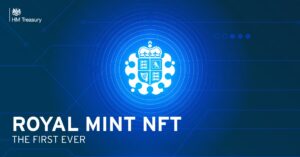 UK Chancellor of the Exchequer Richi Sunak has announced that the Royal Mint will issue an official NFT as part of a move for the country to embrace crypto. The NFT will be revealed sometime this summer, with Economic Secretary John Glen calling it a forward-looking approach taken by the Treasury.

The Royal Mint is a state-owned mint that produces coins for the UK and a few other countries. No other details have been revealed yet, such as how many will be issued and what it would look like, but it signals the UK government’s willingness to make the country an attractive investment for the crypto market.

More so, Glen revealed that the government plans on introducing legislation to regulate stablecoins, allowing them to be used for payment purposes, but did not specify which coins were being looked into. If you’re unfamiliar, stablecoins are cryptocurrencies which value is usually pegged to a Fiat currency for stability.

It’s interesting to note that it won’t be the first country to issue an NFT, as Ukraine is crowdsourcing war funds by turning the timeline of the Russian invasion into digital tokens. Additionally, the UK’s Law Commission is now mulling the legal status of Decentralised Autonomous Organisations (DAOs).

The post The UK Royal Mint Will Officially Issue An NFT This Year appeared first on Lowyat.NET.