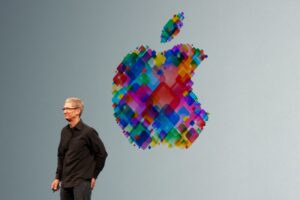 Apple CEO Tim Cook reportedly signed a massive US$275 billion (~RM1.16 trillion) deal with Chinese authorities back in 2016, according to The Information. Allegedly, Cook personally forged a five-year agreement to quell the ire of Chinese authorities who thought the company wasn’t contributing enough to the country.

The report claims that Internal documents show that Cook “personally lobbied officials” in China over threats made against Apple Pay, iCloud, and the App Store. This led to a 1250-word memorandum of understanding between Apple and the National Development and Reform Commission, a Chinese government agency, which gave the tech giant regulatory exemptions in the country.

Part of the agreement was that Apple would make investments to develop China’s economy, including building new retail stores, research and development centres, renewable energy projects, as well as worker training. It also included a pledge from Apple to help Chinese manufacturers develop “the most advanced manufacturing technologies,” use more components from Chinese suppliers, sign deals with Chinese software firms, collaborate with research in Chinese universities, and directly invest in Chinese tech companies.

While the deal ends in 2021, it will reportedly be automatically extended for another year if both sides have no objections. China is a very lucrative region for the company, with annual sales growth of 83% in the country in its fiscal fourth quarter. According to Statista, China is Apple’s third biggest market after the Americas and Europe.

(Source: The Information via MacRumors, Reuters)

The post Tim Cook Reportedly Signed A Secret US$275 Billion Deal With China In 2016 appeared first on Lowyat.NET.