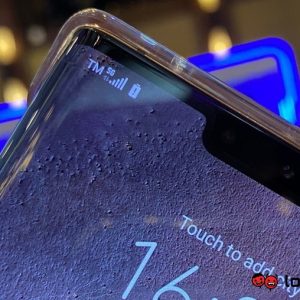 While TM was the first to sign up with Digital Nasional Berhad (DNB) for access to the national 5G network, it seems that the telco is not in a hurry to launch 5G service to its customers. In response to questions from the media at MCMC’s JENDELA briefing earlier today, the company said that it is still doing internal testing with 5G.

According to TM’s Chief Strategy Officer, Tengku Muneer Tengku Muzani, further announcements regarding the company’s 5G plan will only be made after its 5G trial is over at the end of next month. As you may know, DNB has previously announced that it is providing telcos with free access to all of its 5G live sites until 31 March 2022.

However, the statement today does sound rather odd as the company has previously said that unifi Mobile postpaid customers in Cyberjaya, Putrajaya, and Kuala Lumpur will have access to 5G during TM’s trial with DNB. Then again, we also have seen how the company backtracked on its 5G rollout last month.

As TM continues to dabble with 5G internally while other major telcos are still waiting for the government to put an ultimatum on the 5G wholesale model, YTL Communications remains to be the only 5G telco in the Malaysian market as of today.

The post TM Still Going Through Internal 5G Testing: New Plan Will Only Come Out After March appeared first on Lowyat.NET.