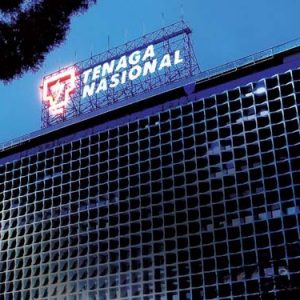 Tenaga Nasional Berhad (TNB) will be giving out rebates to those who were affected by the recent power outage in Peninsular Malaysia last Wednesday. This was revealed by Minister of Energy and Natural Resources Takiyuddin Hassan, who said that about a million domestic, industrial, and commercial users were affected by the power supply disruption.

He said that affected account users, such as traders, can submit a claim that details the amount of loss suffered. No other information has been given yet, but the minister added that the exact details for submitting the claim will be tabled in the Parlimen on 4 August.

Lights out at the stores.

Escalators not working (no surprise there) pic.twitter.com/5bovQIg0E8

Takiyuddin explained that when the disruption occurred, the situation forced TNB to ration supply to certain non-critical areas to maintain energy stability. “At the same time, we ensure that hospitals, airports, the parliament sitting at that time did not experience any disruption,” he said.

On the same day that the power outage happened, TNB confirmed [pdf] that the cause of the incident was equipment failure at the Yong Peng North Main Input Substation (PMU) in Johor which took away 2.2GW or 10% of the total power demand for Peninsular Malaysia. The power supply was then fully restored within two hours and 21 minutes, although some areas managed to receive their electricity back as quickly as 20 minutes.

During the outage, certain airport operations at KLIA were disrupted, as well as train services on the Ampang/Sri Petaling LRT line. Several telcos reported reduced cellular coverage in affected areas and even e-hailing app Grab did not get spared from the effects of the TNB-centred incident.

Aside from businesses, the power disruption also directly affected members of the public as Kuala Lumpur City Hall (DBKL) confirmed at the time that several traffic lights in the city were malfunctioning. Additionally, the Selangor Fire and Rescue department reported that there were 11 cases of people in the state being trapped in elevators. On a related note, the Energy Commission has started an investigation to make sure the incident does not happen again.