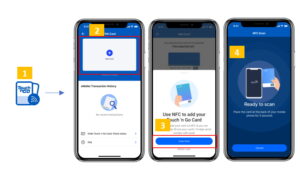 Back in January, TNG Digital’s then-CEO Ignatius Ong revealed that the company is getting ready to launch a Touch ‘n Go card with NFC capability which would allow users to top up the card’s balance directly from their phone. He did not reveal when the card will be released to users but it seems that the wait might be over soon.

This is due to the fact that some information regarding the card has since made its way online. According to several YouTube videos discovered by SoyaCincau, the NFC card is called the Enhanced Touch ‘n Go Card and can be identified by the NFC icon on the top right corner of the card.

These videos have since been made private but quite a number of information have been extracted before that happened. For example, users will apparently be able to order the new Enhanced TNG Card directly from the TNG eWallet app for RM10.

Meanwhile, a dedicated section for the Enhanced TNG Card on what seems to be the staging site for the TNG helpdesk has also been discovered by Amanz. Among the information provided by the section is the full step-by-step direction on how users can link the Enhanced TNG Wallet to their TNG eWallet account.

The process is fairly straightforward and could even be slightly simpler than normal TNG cards as users can obtain the card number without manually typing them out by using the NFC functionality. The support document also said that users without NFC phones can still utilize the card although they will not be able to top up the card using their phones.

The same support document also noted that users are able to utilize the Enhanced TNG Card with TNG eWallet version 1.7.72 and above. The latest version of the app that is available to end-users at the moment is v1.7.71 which to us is another sign that the launch of Enhanced TNG Card may take place very soon.

Truth to be told, the Enhanced TNG Card is a long time coming as its existence has been teased by TnG Group even before Ignatius’ remark in January 2022. A year prior to that, Group CEO Effendy Shahul Hamid made a remark regarding a new TnG card that supports credit top-up through TNG eWallet.

At that time, Effendy mentioned that the card would be rolled out by the end of 2021. On a related note, TnG Group is also working on a Visa prepaid card as well which is expected to be available sometime this year.