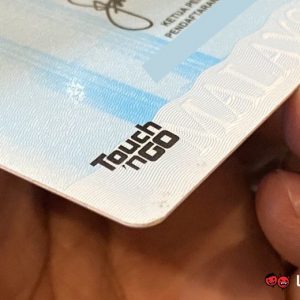 The Ministry of Domestic Trade and Cost of Living (KPDN) is in the process to set up a task force that will investigate complaints from consumers regarding Touch ‘n Go products and services. Its minister, Salahuddin Ayub said that the new task force will be led by KPDN’s Secretary-General, Azman Mohd Yusof.

Among the complaints that have been raised by the public include TNG RFID issues, TNG NFC stock shortage, and an unresponsive customer service hotline. Salahuddin also added that stern actions will be taken against TNG if the company fails to solve problems faced by consumers.

“If possible, a comprehensive autopsy will be done, so that these issues will not happen again in the future,” says the minister during a press conference in Johor Bharu earlier today. “Since this company has a monopoly status, I will look through any difficulties and complaints from the Rakyat,”.

Prior to this, the minister has also asked TNG to provide clarification to KPDN regarding the newly launched TNG eWallet Visa card. Based on this particular post that was published yesterday on Salahuddin’s Facebook page, both parties did have a meeting but it seemed that nothing really significant came out of it.

This is aside from KPDN asking TNG to improve its communications so that consumers are more aware of the differences between the traditional TNG card and the new Visa card. In case you are not aware of them yourself, the new TNG eWallet Visa card can’t be used for toll and public transportation payments.

Instead, the main purpose of the new Visa card is to allow users to make TNG eWallet payments at places that do not support the app. While TNG Digital originally planned to include traditional TNG functionalities into the new card but it then learned that the TNG NFC and Visa payWave chips can’t co-exist on the same card due to interference.